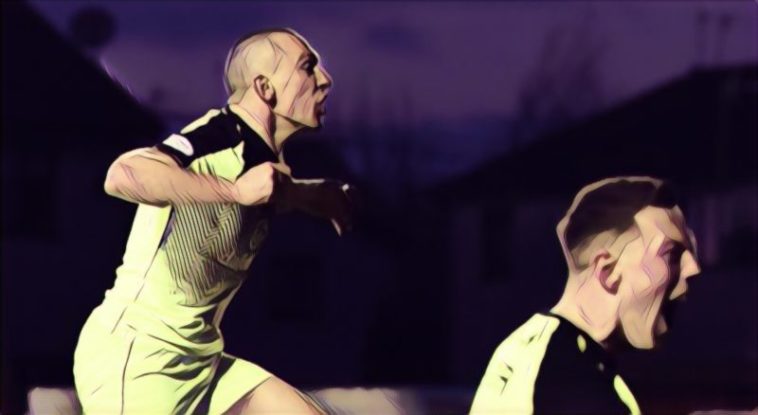 Celtic opened up an eight point gap over second place Rangers in the Scottish Premiership after a 90th minute goal by midfielder Scott Brown secured a 1-0 win away to Kilmarnock.

However, Celtic captain Brown would be given his marching orders by referee Bobby Madden, with the Scotland international shown a second yellow card for celebrating wildly with the Hoops travelling fans, some of whom ran onto the pitch.

Speaking after the game Celtic boss Brendan Rodgers labelled the decision to send Brown off as harsh, and insisted his side had deserved the win.

“There is no blame. I can’t blame him. He had good control,’’ Rodgers told Sky Sports.

”He had a challenge early on that he was booked for, but I thought he was excellent.

“It’s very hard for Scott or any other player, especially when you score late on.

“We don’t get so many late goals now – we normally have a comfort in the game – but to get a winner like that, so late, you want to go with your team-mates to your supporters so to then get sent off for it is always harsh.

“But it was a great leap by Dedryck. You watch it again, he heads it back down and then Browny finishes it with a slight deflection. But I think if it doesn’t deflect, it’s a penalty.

“I thought we thoroughly deserved it.”