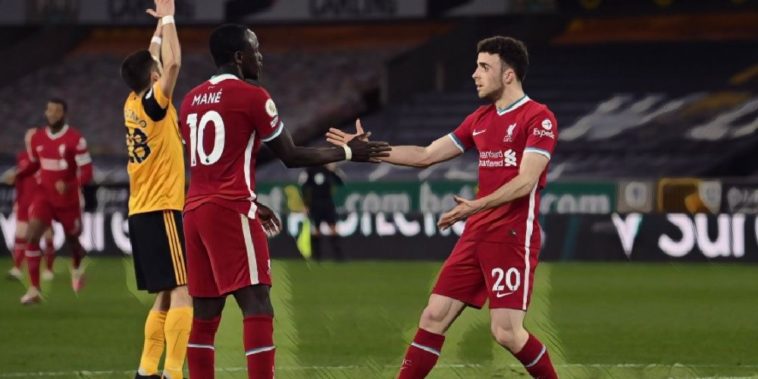 Jamie Carragher admits he has been sickened by Liverpool’s role in plans for a European Super League and says the proposals are a ‘betrayal’ to the club’s ‘heritage’.

Liverpool are amongst the leading names behind proposals for a breakaway competitions, with each of the Premier League’s ‘big six’ having agreed to the formation of a European Super League that threatens the existence of the Champions League and domestic competitions.

The plans – which have been officially announced in a joint-statement from the founding clubs – have been met with huge backlash and opposition, leading football authorities including the Premier League, FA and UEFA against the concept of a competition that will effectively served as a closed-shop for Europe’s wealthiest clubs.

Former Manchester United defender Gary Neville brandished the concept a ‘disgrace’ and called for heavy sanctions against those involved in a potential breakaway, blasting both his former side and Liverpool for their part in the proposals.

Speaking on Sky Sports, he said: “I’m disgusted with Manchester United and Liverpool the most. Liverpool, they pretend – ‘You’ll Never Walk Alone, the people’s club, the fans’ club’.

“Manchester United, 100 years, borne out of workers from around here, and they’re breaking away into a league without competition that they can’t be relegated from?

Carragher has echoed the feelings of his Sky Sports colleague and says he has been sickened by Liverpool’s role in the plans, believing the owners of his former side have betrayed the Reds’ ‘heritage’ and describing the European Super League as ‘the antithesis of everything he understands football to stand for’.

“Liverpool’s game with Leeds on Monday night could not be better timed to expose the insanity of the closed-shop idea,” Carragher writes in the Telegraph. “It is a game with potentially massive ramifications for Champions League qualification, full of jeopardy, and hence drama.

“Millions will tune in for that reason, emotions running high whatever the result. The same anxious excitement will accompany all of Liverpool’s remaining seven games, which is why the broadcasters pay millions for them.

“That is the beauty of league football – where every action and point matters. That is why, as a former Liverpool player, it sickens me that my club’s reputation is being damaged by the arrogance of an ownership group that wants to remove such peril, creating a culture where we no longer need to fight to earn our success. That is the antithesis of everything I understand football – especially in my city – to stand for.

“To be tainted by association with the European super league is bad enough, but Liverpool’s apparent leading role in threatening football’s competitive ideals – the very ideals which allowed the club to emerge from England’s second division to become six-time European champions – is a betrayal of a heritage they are seeking to cash in on.”

Carragher discussed the impact financial greed has on the wealthiest clubs in world football, but believes the plans for a breakaway competition will struggle without the backing of supporters who have been left outraged by proposals for a competitions lacking little sporting merit.

“Football, at every level of the professional game, is about money. The notion of English football being a meritocracy at the summit has been a myth since the Premier League formed, with only Blackburn Rovers (bankrolled by Jack Walker) and Leicester City shocking the world. Only seven clubs have won the Premier League in 29 years.

“The actions of Liverpool and United, especially, are grounded on a grievance that for too long they have been denied the chance to make more of what they could earn, blocked from using their global popularity to maximise all revenue opportunities. But that can never justify efforts to destabilise the system without the backing of those they most need – the fans.

“Football executives always make the mistake of believing they are the most influential force in football. They swiftly realise that without the supporters, they are weak and powerless.”