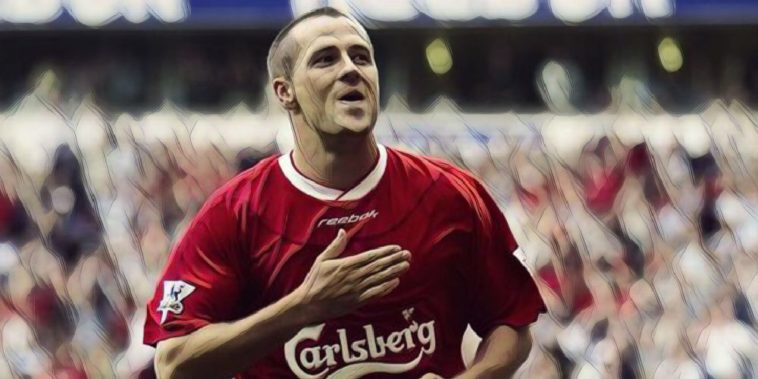 Jamie Carragher has said that some Liverpool fans are ‘bang out of order’ for their behaviour towards former striker Michael Owen.

The former Liverpool forward has dominated the headlines this week thanks to comments from his upcoming book, comments which have prompted a social media spat with Premier League legend, Alan Shearer.

Owen moved to Newcastle in 2005, becoming the most expensive player in the clubs history at that time following an unsuccessful stint at Real Madrid.

According to former Newcastle forward Michael Bridges, Shearer has long held Owen partially to blame for the clubs relegation to the Championship in 2009, prompting the forward’s departure on a free to Manchester United, much to the fury of a number of Liverpool fans.

However, former Liverpool centre-back Jamie Carragher has urged Reds fans to lay off Owen, saying that his new book will explain his reasons for leaving Anfield in 2004 as well as the decision to move to Old Trafford four years later.

“There’s no doubt, in speaking to Michael, he’s been desperate to do this book and get a lot off his chest for a while,” Carragher told the Daily Mirror.

“That is mainly down to his decision to leave Liverpool and, years later, join Manchester United. I tried to stop him doing both!

“I must say I think some of the stick from Liverpool fans is bang out of order considering what he did for the club and the reaction other players get who did nothing for Liverpool.

“It hurts Michael and his family, but hopefully this book will let people know the real story and why he came to these decisions.

“My only hope in reading it is he doesn’t go into too much detail about the Liverpool FC Christmas parties!”