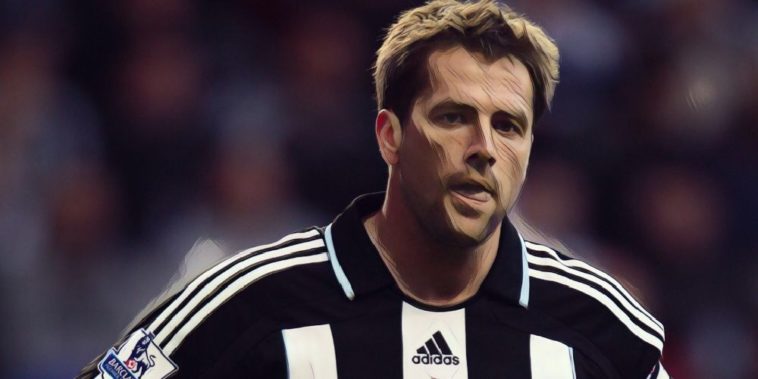 Michael Owen has described his move to Newcastle as the one career move he regrets and labelled the switch as a ‘downward step’.

The former England international moved to St James’ Park in a £16m club-record deal in 2005, returning to the Premier League after just one season at Spanish giants Real Madrid.

Owen made just 79 appearances for the club in an injury-hit four-year spell, though the forward has revealed that he ‘didn’t want’ to move to the North East club, with his heart having been set on a return to former club Liverpool.

“My move to Newcastle was one I really regret,” Owen wrote in his new book, Reboot – My Life, My Time. “I should have followed my gut instincts from the start. I didn’t want to go there – my heart was still set on a return to Liverpool.

“Newcastle manager Graeme Souness called me roughly every two weeks for almost the entire year I was in Spain and I can’t deny I liked the attention.

“As the year wore on, he’d call me and say things like: ‘Michael, I see you didn’t start last weekend. Would you think about coming to Newcastle?’

“While I don’t think I led Graeme on, with hindsight, I might have handled his first phone call differently.

“Instead of straight-out saying: ‘If I come back to England, I’ll only be going back to Liverpool’ – which was how I felt – I think I said: ‘I’ll come back to the Premier League and I’ll look at my options when the time is right.’

“If I have any regrets in my career, declaring this stance at that moment would be one of the major ones…

“Right at the beginning of the 2005/06 season in Madrid the President, Florentino Pérez, said: ‘Newcastle has made a bid in the region of sixteen million pounds. If you want to go, then you can go. If you want to stay, you can stay.’

“‘But I want to go to Liverpool,’ I told him. ‘That’s not possible unless they match Newcastle’s offer,’ he said.

“At the time, that statement was a dagger in the heart. I was being presented with two options – neither of which I particularly fancied.

“Liverpool couldn’t match Newcastle’s offer. From a career perspective, there was no doubt in my mind that a move to the North East was a downward step.

“As unpalatable as that opinion might be to Newcastle fans, that’s more or less what I felt.

“A fee was agreed. Meanwhile, Newcastle wanted to send their chairman Freddy Shepherd and the chief executive down in person to my house to sign the contract. Everything was moving unsettlingly fast.

“I was getting increasingly cold feet about the whole idea. If I was thinking only of the money, Newcastle blew everyone out of the water. That was indisputable. They were offering me a hundred and twenty grand a week.

“When they arrived at my house, I was resigned to the fact it was happening. No Newcastle fan will particularly want to hear this but, as this book is about truth, that’s the honest truth.

“This, I should say, was not a reflection on Newcastle United specifically. I would have found a reason not to sign with any club that wasn’t Liverpool.”