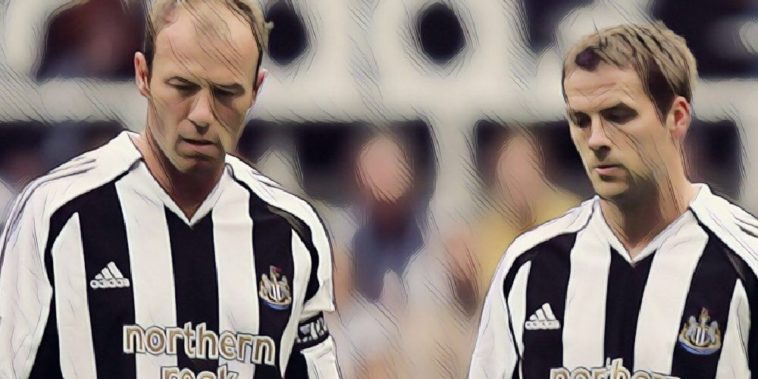 Michael Bridges has revealed why Alan Shearer holds Michael Owen ‘accountable’ for Newcastle’s relegation back in 2009.

The former England forward’s have been embroiled in a bitter row over social media this week, with Owen having spoken of his ‘regret’ at joining the Magpies and labelling the club as a ‘downward step’ in his latest autobiography.

Former Newcastle forward Bridges has now revealed the origins of a 10-year feud between the former teammates, with Shearer – then caretaker manager – blaming Owen’s attitude and lack of effort for Newcastle’s drop into the second tier a decade ago.

“When Alan (Shearer) got the job, he kind of held Michael Owen accountable for part of the relegation,” Bridges told Australia’s Optus Sport.

Not sure you are as loyal to Newcastle as you make out mate. I distinctly remember you being inches away from signing for Liverpool after Sir Bobby Robson put you on the bench. You tried everything to get out. https://t.co/ZQBrlojeEv

“And it comes from a guy called Paul Ferris, who was the physio at the time at St James’ Park – he actually did a book and he also blames Michael Owen.

“He said for a man that has played only 58 Premier League games for Newcastle – scored 26 goals, taken $22 million (£12m) in wages out of the football club – to say that he didn’t want to be there, didn’t enjoy it… Ferris said in the last six months of his contract we couldn’t even get him to play in games because he was more worried about the next deal that was coming.

“Alan has held him accountable in the past, Alan has never spoken about it and it’s going to be coming out in the book and he’s really upset a lot of Newcastle fans.

“I think he’s disrespected the club massively and the area.”