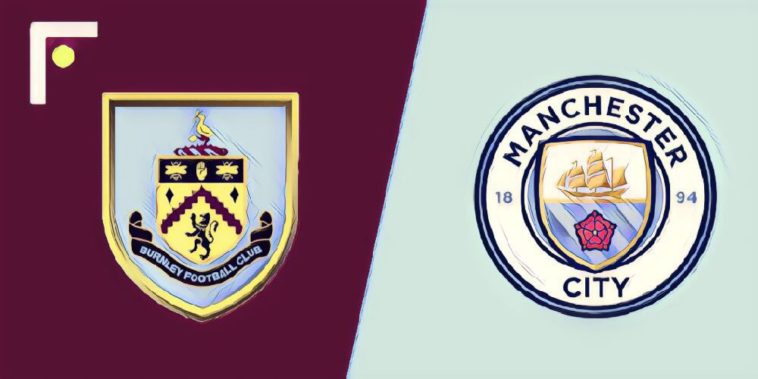 Burnley host league leaders Manchester City on Sunday afternoon, with the visitors searching for yet another win as they chase back-to-back titles.

After a disappointing start to the season, Burnley have shown some of last season’s form over the second half of the campaign to move clear of trouble.

Currently on a run of four games without a defeat, Sean Dyche’s side are now all but mathematically safe from the drop, sitting nine points clear of the relegation zone with three games to play.

Key to their run has been the form of forward partnership Ashley Barnes and Chris Wood, with the latter having scored eight of his 10 league goals since the turn of the year.

The Clarets have been beaten 5-0 by Man City on each of their last two trips to Manchester, though they did hold Pep Guardiola’s side to a 1-1 draw at Turf Moor last season – a result which will give them hope this time around.

11 straight league wins has put Pep Guardiola’s side within touching distance of retaining the Premier League title, with three more victories all that is required for back-to-back league triumphs.

With wins over top four contenders Tottenham and Manchester United over the past week, the Citizens seem to have navigated their most difficult remaining fixtures successfully. Guardiola will however demand that standards do not slip on Sunday afternoon, with Jurgen Klopp’s Liverpool still breathing down their necks, just a point behind.

City have concerns in midfield ahead of the trip to Turf Moor, with doubts over the fitness of Fernandinho, Ilkay Gundogan and Kevin De Bruyne, although Leroy Sane will be hoping to start having scored after coming on a substitute at Old Trafford on Wednesday.

What TV channel is Burnley v Manchester City on?