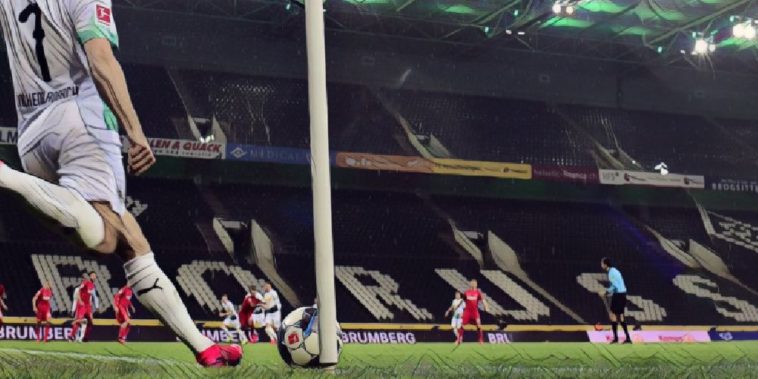 Analysts from Premier League clubs have conducted research into behind-closed-doors fixtures with the findings suggesting the scenario neutralises ‘home advantage’.

The Premier League looks set to make its long-awaited comeback next month with the announcement of the league’s first behind-closed-doors fixtures on June 17, with Manchester City set to face Arsenal and Aston Villa meeting Sheffield United, subject to government approval.

English football’s top tier has been suspended since mid-March in the wake of the coronavirus pandemic, though talks have continued over a safe return for the sport, with several ideas mooted including playing remaining fixtures at neutral ‘safe’ venues across the country.

That proposal was met with fierce opposition by many Premier League clubs –  especially those towards the foot of the table – who cited a lack of home advantage ahead of the run-in. However, analysis conducted over the first weekends of the Bundesliga’s behind-closed-doors return has suggested that the lack of supporters has neutralised home advantage.

According to the Telegraph, studies from top-flight sides have found that ‘the percentage of possession has been different’ in comparison to when fans have been allowed inside of grounds, the Bundesliga’s return having seen just five home wins over three rounds of fixtures for German sides.

Other observations include an increase in injuries picked up during the initial stages of training, as well as an increase in players ‘suffering from cramp after the 60-minute mark’, FIFA having temporarily given permission for five substitutions per game.

There has also been a noticeable decrease in dissent towards referee – a statistic perhaps owing to a lack of atmosphere and intensity, as well as the chance of microphones picking up the words of players.