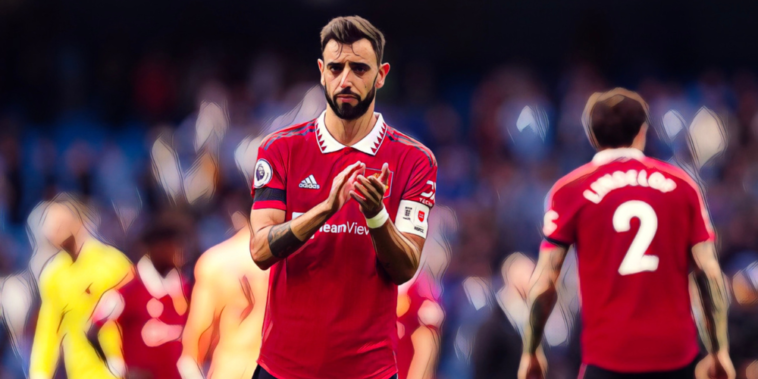 United’s run of four consecutive Premier League wins was ended emphatically at the Etihad on Sunday, as Manchester City ran riot to secure a convincing 6-3 win.

Pep Guardiola’s side were four goals up at the half-time whistle, the fourth time that the Red Devils have conceded 4+ first-half goals in a Premier League game since the start of the 2020/21 campaign.

Sections of the travelling support headed for the exits before the interval following an embarrassing derby defeat to City and Fernandes insists the squad must shoulder the blame for a performance that fellow below standards.

“It was not good enough for the standards we set ourselves and what we want to achieve this season,” Fernandes told a pre-match press conference ahead of United’s Europa League clash with Omonia Nicosia.

“All together we didn’t do enough to win the game and we all are disappointed with the result. The responsibility is playing for this massive club and everyone has to feel that responsibility, it doesn’t matter who has the armband on the pitch.

“There is still a long way to go but we know what we want to achieve. We know what the manager wants from us as a team but we’ve got to get back to good results and we have a chance to do that straight away tomorrow.”