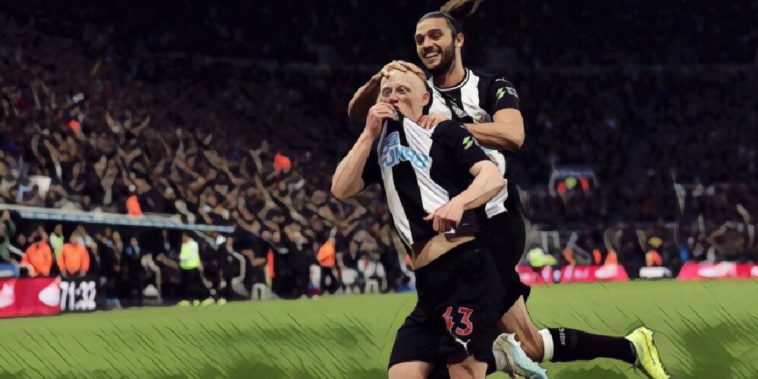 Steve Bruce remains hopeful that Matty Longstaff will agree a new contract at Newcastle following the club’s ‘fantastic’ offer to the out-of-contract midfielder.

Longstaff’s current deal is set to expire this summer and the youngster has been linked with a move away from St James’ Park in recent months, with the 20-year-old wanting a significant rise on his reported £850-a-week academy contract.

Udinese are believed to be interested in his services and have offered the midfielder a lucrative contract to move to Italy, but there remains a suspicion that the Serie A side’s interest in the player is a loophole in a move to take the midfielder to Premier League rivals Watford.

Both Watford and Udinese are owned by the Pozzo family, though the latter would have to pay a substantially lower compensation fee for the out-of-contract youngster.

Bruce, however, is hopeful that an agreement can be reached with Longstaff to ensure the academy graduate remains at St James’ Park beyond the end of the season, revealing a substantial offer has been made to the player and his representatives.

“There’s been a lot of talk about Matty Longstaff – we hope that we can resolve something,” the Newcastle boss said at his pre-match press conference.

Longstaff followed older brother Sean in making a first-team impression with the Magpies, bursting onto the scene with a winning goal against Manchester United on his Premier League debut earlier this season.

The local-born youngster has returned to training and is preparing ahead of Newcastle’s clash with Sheffield United this weekend, and Bruce says he has held talks with the player regarding his future.

“I’ve had a couple of conversations with him since we’ve been back and, purely from a football point of view, we’re all desperate for him to stay,” Bruce added.

“He’s a young lad, a Newcastle fan who lives in North Shields and he’s had a remarkable rise very, very quickly.

“We have offered him a fantastic deal, in my opinion. We hope that he accepts it and we’ll carry on that way until the next few weeks and see where it takes us.”

Picking the best XI from players Rafa Benitez has managed