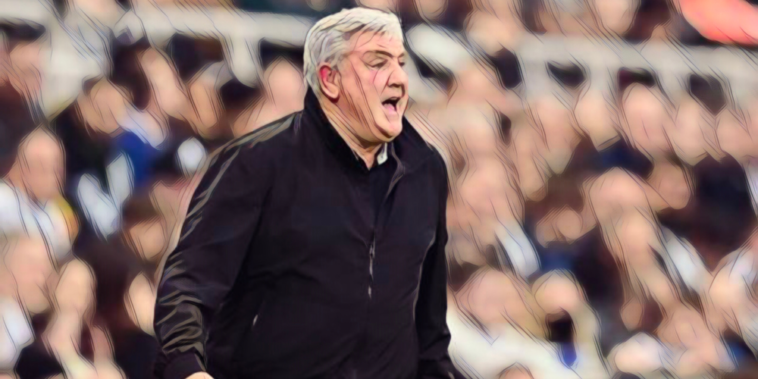 Newcastle United’s winless run continues as Tottenham Hotspur came from behind to spoil the St James’ Park party with a deserved 3-2 win on Sunday.

The home supporters were in jubilant mood following the club’s recent high profile takeover – which brought an end to the turbulent regime of Mike Ashley – and they were handed even more cause for celebration as the Magpies took the lead inside just two minutes.

All of the talk in the past week has been about potential future incomings at the club, although it is their current stars who will have to do the job until at least January, and it would be Allan Saint-Maximin who found the overlapping run of Javier Manquillo down the right before the full-back crossed to pick out the run of Callum Wilson who nodded Newcastle in front.

After that shaky start, Spurs rallied to pull themselves level just over 15 minutes later, with midfield man Tanguy Ndombele curling in a delightful effort from just outside the box to somewhat dampen the buoyant atmosphere inside St James’ Park.

The visitors then took advantage of any potential nerves from their struggling opponents to make it 2-1 soon after, as Harry Kane ended his Premier League drought with a delightful dinked effort over the onrushing Karl Darlow, with the goal eventually awarded by VAR despite an initial offside call.

The game was then brought to a halt following a medical emergency involving a supporter, before the away side then extended their lead once play had resumed, with goalscorer Kane turning provider to tee up Heung-min Son for a simple tap-in at the back post.

That goal – and the brief suspension to the game – seemingly took the sting out of Steve Bruce’s side, with the second-half failing to replicate the tempo of the opening exchanges, with neither side really creating much in the way of chances.

It then got even worse for home side after substitute Jonjo Shelvey was dismissed for two yellow cards in quick succession, although they were handed a late lifeline after Eric Dier turned into his own net with just minutes remaining.

Not the comeback he was hoping for. 🙃 pic.twitter.com/0nqdUs3Pxm

That proved to be a mere consolation as Nuno Espirito Santo’s men hung on for a deserved win, condemning Newcastle to a first defeat under their new owners – in what was also Bruce’s 1000th match of his managerial career.

Speaking after the loss, Bruce was left ruing his side’s defensive frailties, as the wait goes on for a first league win of the season.

“We were beaten by the better team after a wonderful start,” he told Sky Sports.

“Problems that we’ve had for a while now defensively were there for all to see unfortunately.

“We’ve started a few games like that, we’ve got off to a good start and scored, got our noses in front, unfortunately we’re not able to defend well enough as a team.

“From front to back at the moment, we’re not defending well enough. We’ve tried to change, to be more on the front-foot if that’s the right word you say these days, but it’s difficult because you get yourself having to score three goals to win a match.”

There had been worrying scenes just before the interval when play was halted due to a medical emergency involving a supporter, although reports have suggested the fan is now stable and in hospital.

“Everybody in the ground deserves credit,” he said. “I hear the man is okay, thankfully, so it puts things into perspective a little bit.

“It looks like good news, so I’m delighted for his family.”

Speculation has been rife all week that Bruce would be sacked before the game, and he has now called for ‘clarity’ on his future from the club’s new owners.

28 – Since Steve Bruce took the Newcastle United job prior to the start of the 2019-20 campaign, the Magpies have dropped 28 points from winning positions in home league games, the most of any Premier League side. Curtains. pic.twitter.com/Hz6dAIYsNu

“That’s for other people to decide. If I was believing everything I saw last week, I might not have been here today,” he added.

“My job is to get a few results. Unfortunately this year, if you’re a manager in the Premier League and you haven’t won in seven or eight, you come under pressure.

“It’s part of the deal of being in the Premier League. It’s a big league for big boys and I’ll crack on until I hear otherwise.

“Every football club needs clarity, from the top right the way through. The new owners have been very respectful. I can’t say enough of them, the way they’ve gone about their business.

“It’s up to me, in the near future anyway, to try and get better.”

Newcastle are next in action away at Crystal Palace on Saturday afternoon.