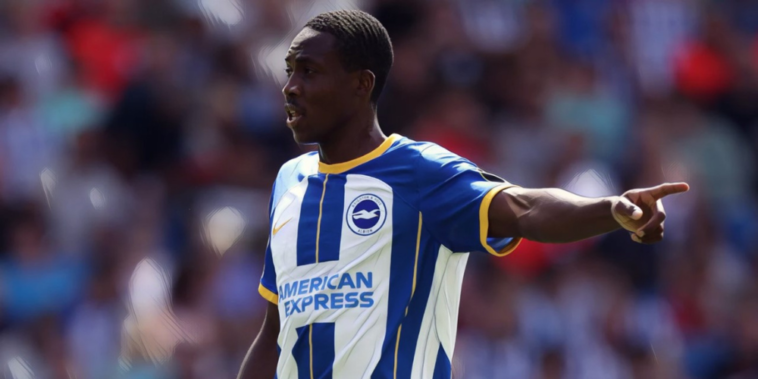 Brighton have announced that midfielder Enock Mwepu has retired from football after being diagnosed with a hereditary heart condition.

Mwepu has called time on his career with immediate effect following the diagnosis, with the Seagulls having revealed that condition can ‘worsen over time’ and place the midfielder at risk of a ‘cardiac event’ should he continue playing football.

The 24-year-old signed for Brighton from Red Bull Salzburg in 2021 and made 27 appearances in all competitions for the Seagulls. He won the club’s Goal of the Season accolade last term, following a stunning strike at Liverpool.

Brighton manager Roberto De Zerbi expressed his sadness at Mwepu’s retirement and insists the club will do ‘everything we can’ to aid the Zambian post-playing career.

“I am so sorry for Enock,” he told the club’s official website.

“Before I arrived I looked at all the squad, and he was a player I was so excited and looking forward to working with. We will do everything we can to help him.”

Club chairman Tony Bloom also spoke on Mwepu, who was taken ill during a flight to join up with Zambia during the international break.

“We are all absolutely devastated for Enock. He and his family have had a traumatic few weeks and while we are just thankful he has come through that period, he has seen such a promising career cut short at such a young age.

“As a club we will give him all the love, help and support we possibly can to make a full recovery, and then as he decides on the next steps in his life.”