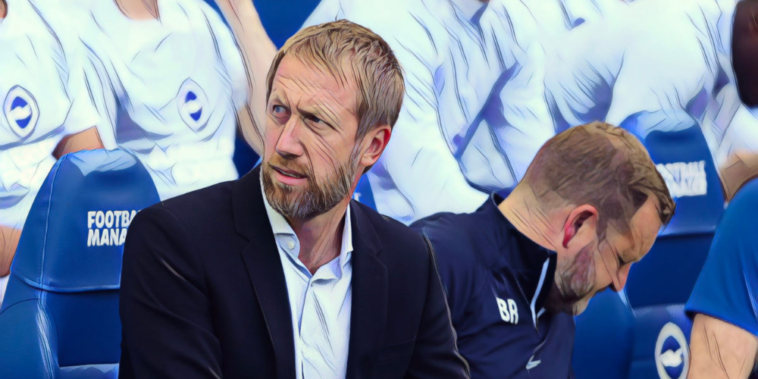 Brighton have granted permission to Chelsea to hold talks with Graham Potter over the club’s vacant managerial role.

Chelsea have named Potter on a shortlist of candidates to replace Thomas Tuchel, who was sacked on Wednesday following the club’s disappointing start to the campaign. The west Londoners announced in a statement that Tuchel had departed, following the club’s loss to Dinamo Zagreb in their Champions League opener.

Sky Sports are reporting that Brighton have granted permission for Chelsea to hold talks with Potter, who will travel to London to hold discussions with owner Todd Boehly.

The 47-year-old has won admirers for his work at the Amex Stadium, having guided Brighton to a best-ever Premier League finish of ninth last season.

The Seagulls are fourth at present following a strong start to the current campaign which has seen them take 13 points from six games, while Potter’s flexible tactics have impressed on the South Coast.

He has been in charge of the Seagulls since 2019, following spells with Swedish side Östersunds FK and Swansea City.

BREAKING: Brighton have given Chelsea permission to speak to Graham Potter ✅ pic.twitter.com/B6g17mn4UF

Chelsea are willing to trigger the release clause in Potter’s contract at Brighton, which has been reported at £16m. The Blues are keen to move quickly following Tuchel’s exit and have made a formal approach to Brighton within hours of the German’s exit.

Chelsea also plan to hold talks with Mauricio Pochettino and Zinedine Zidane over the role, with each of that duo without a club at present.