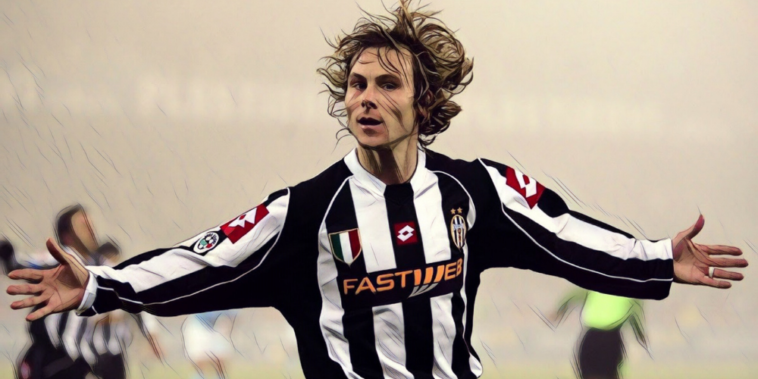 Had it not been for huge political change and the collapse of Communism in Eastern Europe in the late eighties, the footballing world may never have truly appreciated the talents of Pavel Nedved.

Born in Skalná, a small town in what was formerly known as Czechoslovakia, the old regime would have prevented the flourishing football ability of a young Nedved from testing himself on foreign shores.

The mass change instead allowed a wonderful generation of players an opportunity their predecessors never had, with Nedved emerging as the footballing poster-boy for the new Czech Republic.

Nedved’s career began at Viktoria Plzeň – then playing under the name Škoda Plzeň – though his progress began to accelerate after being loaned to the army-operated Dukla Prague as part of his military service.

Promising performances from the midfielder, distinct for both his trademark blonde locks as much as his talent, earned Nedved a transfer to the nation’s biggest club, Sparta Prague.

An often tempestuous Nedved was sent off on multiple occasions during his early career with Sparta, but as the youngster began to mature the talking point soon became his ability with the ball at his feet.

Combining relentless energy with technique and a two-footedness honed with hours of practice, Nedved helped Sparta to three league titles across his four seasons with the capital side, scoring an impressive 23 goals in just 97 appearances from midfield.

His final campaign included 19 goals in all competitions and inclusion in the Czech Republic squad for Euro ’96, having made his international debut two seasons earlier.

Little was expected of the Czech side as they travelled to England for the tournament, but the European Championship proved a grand stage on which several stars made their name.

European football’s biggest clubs paid close attention to a Czech team that bounced back from an opening group stage defeat to Germany to emerge as contenders, with Nedved scoring an early goal and starring as Italy were beaten at Anfield in their next fixture.

You think of Pavel Nedvěd, you think of long blond hair.
It wasn't always that way! 💇‍♂️#OnThisDay at EURO '96… ⚽️🇨🇿 pic.twitter.com/phCV5hsGV6

He missed the quarter-final win over Portugal after picking up a booking in the Czech’s third fixture, but returned refreshed to produce a tireless performance as a heavily-fancied France were beaten in the last four.

The Czech’s run to the final ended in Golden Goal defeat against Germany at Wembley, but their performances had seen their brightest talents emerge from the shadows to become household names.

Karel Poborsky, Vladimir Smicer, Patrik Berger and Radek Bejbl were amongst the Czech players to earn high-profile moves that summer, with Nedved also fulfilling his ambitions of a new challenge after signing for Lazio.

He arrived with Serie A regarded as the premier domestic competition in the game and at a time where the best players in world football took residence in Italy.

Nedved began brightly and scored seven league goals during his debut campaign, a haul he improved upon the following season as Lazio won the Coppa Italia and reached the UEFA Cup final.

The capital club were a rising force in a fiercely competitive Italian top flight, the signings of Juan Sebastien Veron and Marcelo Salas amongst the names brought to the Stadio Olimpico to compliment talents such as home-grown hero Alessandro Nesta.

Nedved scored in both finals as the Supercoppa Italiana and UEFA Cup Winners’ Cup were won under new manager Sven-Göran Eriksson during the 1998/99 campaign, but the holy grail of the league title agonisingly eluded the Rome side who finished just a point behind AC Milan.

The wait would not last much longer.

Eriksson’s expensively assembled side were crowned as champions of Italy following the tightest of title races with Juventus the following season, defeat for the latter on the final day of the campaign seeing Lazio win only their second Scudetto.

The league title was followed with cup success as a domestic double was secured, with Nedved having been at the forefront of an unforgettable season for I Biancocelesti.

The reckless spending of owner Sergio Cragnotti soon led to a rapid demise however, as the club’s leading assets left in a desperate bid to balance the books.

Nedved departed in a big-money deal for Juventus in 2001, faced with the unenviable task of filling a Zinedine Zidane-sized void in the Bianconeri’s midfield.

Zidane had left to join Real Madrid’s Galactico project in a world record deal and Juventus moved swiftly to reinvest the funds in a player who had tormented the Turin side in recent seasons.

Lazio fans protested furiously at the sale of the man affectionately dubbed ‘The Czech Fury’, but the move provided Nedved with a chance to take his game to the next level.

Juventus however, secured the right player at the right time.

Nedved was a footballer for who his gifts were not god-given, but an unwavering desire to improve through hours on the training ground ensured he became a midfielder with no obvious weakness.

In central roles his vision and balance allowed him to drift beyond defensive challenges, whilst he was equally comfortable operating wide on the flanks, where his elite endurance and creative ability shone through.

His first season proved challenging despite league title success, but his second saw Nedved confirm his status as one of Europe’s best players.

He scored 15 goals in all competitions as a second successive Scudetto headed north to Turin, whilst he was an inspirational figure as Marcello Lippi’s side progressed to the Champions League final.

Nedved had scored the equalising goal as Juventus came from two goals down to draw at Deportivo La Coruna in the group stage, a goal that proved crucial as the Italians progressed ahead of Deportivo and Basel despite a three-way tie on points.

He netted in wins against both Barcelona and Real Madrid during the knockout stages, but a yellow card picked up against the latter ultimately ruled him out of an all-Italy final against AC Milan at Old Trafford.

In what proved one of the most forgettable finals of modern times Milan secured shoot-out success following a goalless draw, it was hard not to have considered how the showpiece could have been altered had Nedved been available.

Solace was found in the disappointment of losing club football’s biggest fixture as Nedved was named as winner of the Ballon d’Or, claiming the game’s greatest individual honour ahead of Zinedine Zidane and Thierry Henry and becoming the first Czech player in 42 years to win the award.

He was prominent once more as captain of a Czech side that dazzled to reach the semi-finals at Euro 2004, but announced his international retirement following a defeat to shock champions Greece.

A brief u-turn on that decision saw the midfielder return for the World Cup two years later, before officially hanging up his boots for the final time as an international player with 91 caps.

Around the same period Nedved had considered calling time upon his career at club level too, as niggling injuries and the Calciopoli scandal changed the complexion of life at Juventus.

Having been stripped of league titles won in 2005 and 2006 the Turin side were relegated, losing a whole host of leading names in a mass exodus.

Nedved – alongside the likes of Alessandro del Piero, David Trezeguet and Gianluigi Buffon – stayed loyal to the cause however, and helped Juventus return to the top tier at the first attempt.

The grit that had accompanied the guile saw him continue his career for two further seasons, his final game a fitting farewell as Juventus faced Lazio in the final game of the 2008/09 Serie A campaign.

As the 36-year-old Nedved made his way from the pitch for the final time following his 89th-minute substitution, both fans rose to applaud a midfielder whose dedicated drive made him one of the greats of his generation.