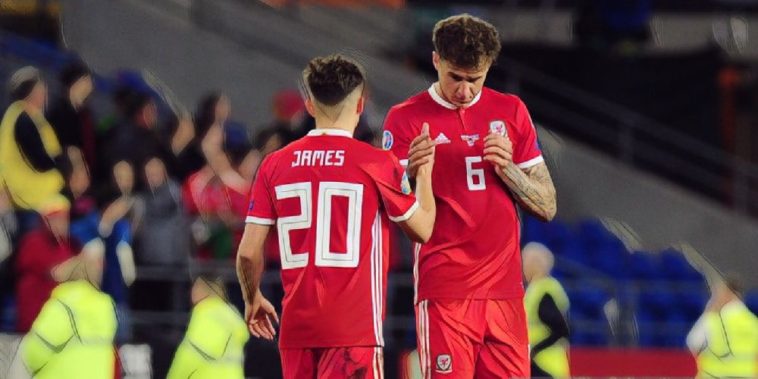 The two Welshman – who both played key roles in Wales’ run to the knockout stages at Euro 2020 – previously worked under Potter in his solitary season at Swansea City during the 2018/19 campaign, before he made the switch to replace Chris Hughton at the Amex at the end of that season.

While their time together was brief, the current Seagulls boss no doubt had a huge impact on his former players, having handed Rodon his senior debut for the club and made him a regular starter, as well as helping to turn James into one of the club’s standout performers.

Those eyecatching displays under the Potter ultimately helped James secure a move to United in the summer of 2019, while Rodon was plucked by Spurs last summer.

As per the Sun, Potter is now eyeing up a reunion with the duo at Brighton, as he looks to take advantage of the uncertainty surrounding both player’s futures.

While pacy wideman James has become a valuable squad member at United under Ole Gunnar Solskjaer, he is yet to really nail down a regular starting berth and looks set to see his game time even further impacted by the impending arrival of Borussia Dortmund starlet, Jadon Sancho.

Despite dipping in and out of the side, the 23-year-old managed a respectable tally of five goals in 26 games across all competitions for the Red Devils, while he is also becoming an increasingly important figure for his nation at international level.

As for Rodon, the centre-back hasn’t even spent a year at the Tottenham Hotspur Stadium, yet could well depart after struggling for minutes throughout last season, in which he made just 12 top-flight appearances.

With Spurs having only recently confirmed the arrival of Nuno Espirito Santo as head coach to replace Jose Mourinho, it remains to be seen what part Rodon will have to play in the new manager’s plans, while the club are also said to be interested in Bologna centre-back, Takehiro Tomiyasu.

The 23-year-old could also be a suitable replacement for England defender Ben White at Brighton, the former Leeds United man having been heavily linked with a £50m switch to Arsenal.