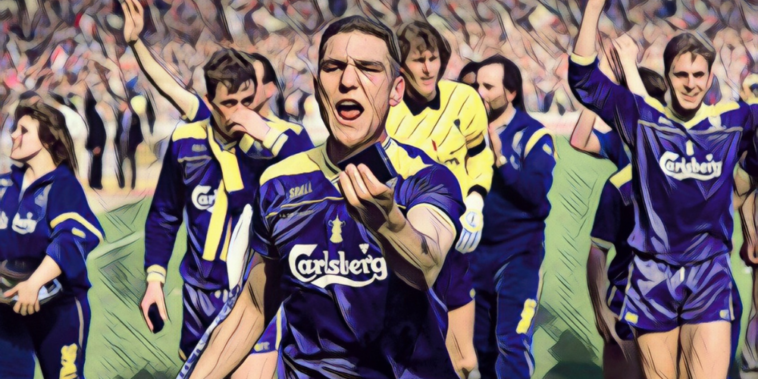 Chelsea face Leicester in the FA Cup final this weekend as both sides look to win world football’s oldest national competition, both teams in confident mood as they bid for silverware success.

The two teams are separated by just two points in the Premier League this season and in pursuit of Champions League qualification, though have vastly different histories when it comes to the FA Cup.

Chelsea are into the Wembley final for the second successive season and looking to win the FA Cup for the ninth time in their history, having been the competition’s most successful side this century with six wins since 2000.

Brendan Rodgers’ Foxes will be hoping to make history themselves however, Leicester having been to more finals (four) without winning the FA Cup than any other team in history, their most recent final appearance coming more than five decades ago.

Ahead of this weekend’s showpiece, we’ve decided to look at five of the greatest FA Cup final shocks of all time.

Don Revie had helped transform Leeds from a second-tier side into one of English football’s best teams during the late sixties and early seventies, the Whites not finishing outside of the First Division’s top four for a decade between 1965 and 1974.

Leeds had won a host of cup competitions and two league titles during that same period, including winning the 1972 FA Cup with Revie’s charges heading into the following season’s final against Second Division Sunderland as overwhelming favourites.

No team from outside the top division had won the FA Cup in four decades and few expected Sunderland to have any chance, though Bob Stokes’ underdogs produced one of the competition’s greatest shocks.

Sunderland opened the scoring when Vic Halom chested down Billy Hughes’ corner kick, the ball dropping invitingly to Ian Porterfield who lashed home a high finish into the roof of the net.

Leeds had chances throughout but failed to find a way beyond Sunderland goalkeeper Jimmy Montgomery, who etched his name into FA Cup folklore with a miraculous save to preserve his side’s lead.

Montgomery dived to palm away Trevor Cherry’s headed effort, before reacting rapidly to launch himself at the follow up from Peter Lorimer and deflect what appeared a certain goal onto the underside of the crossbar and clear.

It was an incredible moment of agility from the goalkeeper and ensured Sunderland upset the odds to be crowned FA Cup winners.

Three years after Sunderland upset the status quo to beat Leeds, another second tier side stunned top-flight opponents to win the FA Cup as Southampton triumphed in 1976.

Manchester United were not quite the behemoth they would become in the Premier League era, but the Red Devils were still steeped in tradition after becoming England’s first European champions eight years earlier.

United had finished the season in third-place in the First Division on an impressive return to the top flight after promotion, Tommy Doherty’s side finishing just four points behind champions Liverpool.

Southampton had finished sixth in the second tier and had surprised many in reaching the final, with the Saints withstanding early pressure at Wembley before growing in confidence and causing a shock late on.

Bobby Stokes raced onto a lofted pass in the 83rd-minute before firing the bouncing ball beyond Alex Stepney for the final’s only goal, handing Southampton their first ever major trophy in the process.

Tottenham had become somewhat of FA Cup specialists despite failing to regularly challenge for league titles, back-to-back triumphs in the early eighties having taken the north London side to a joint record of seven successes.

Facing unfancied Coventry in the final in 1987, Spurs were expected to add to their record haul in what proved to be one of the most entertaining finals of all time.

Clive Allen opened the scoring for Spurs after just two minutes, incredibly the forward’s 49th goal of a season that saw him named as PFA Player of the Year and FWA Footballer of the Year.

Coventry hit back and levelled just seven minutes later through Dave Bennett in a thrilling start to the showpiece, before Gary Mabbutt handed the advantage back to Spurs before the break.

The Sky Blues responded in fine style however, and levelled for a second time as Keith Houchen’s diving header restored parity and with the two teams unable to be separated the final went into extra-time.

It was underdogs who went on to lift the trophy in their first ever domestic cup final, Spurs’ goalscorer Mabbut agonisingly scoring an own goal in the added period to crown Coventry cup winners.

Perhaps the most notorious cup final upset of all time, Wimbledon’s ‘Crazy Gang’ ruffled more than a few feathers on their way to FA Cup success in 1988.

Wimbledon had only just completed their second season in England’s top tier and had only been a Football League side for just over a decade, their rapid rise through the divisions culminating in a historic FA Cup success at Wembley.

Bobby Gould’s side faced a Liverpool outfit who were the dominant force in English football at that time, the Reds seeking to become the first team in history to win the domestic double on more than one occasion.

Liverpool had lost just twice on their way to being crowned First Division champions and were expected to ease past a mid-table Wimbledon side who had finished 33 points behind them in the league.

Wimbledon battled valiantly throughout and took a surprise lead eight minutes before the break, Lawrie Sanchez’s flicked header giving the underdogs an advantage to hold onto.

Dave Beasent made history in the second half by becoming the first goalkeeper to save a penalty in the FA Cup final, thwarting John Aldridge from the spot to hand the Londoners their first ever major trophy.

Ben Watson fulfilled a childhood dream after scoring a last-minute winner to seal FA Cup final success, the midfielder netting in the closing stages as Wigan Athletic won the first major trophy in their 81-year history in 2013.

Wigan were rank outsiders against a Manchester City team that established themselves amongst England’s elite in recent seasons, winning a first Premier League title the previous season.

Roberto Martinez’s side were struggling near the foot of the top tier by contrast, but were fully deserving of their shock success following a brave attacking performance at Wembley.

Wigan showed little fear of their opponents – who were reduced to 10 men six minutes from time after Pablo Zabaleta was sent off –  and got their reward in the very last minute, substitute Watson meeting Shaun Maloney’s corner at the near post to spark an eruption behind the goal.

Wigan’s euphoria lasted just a few days however, becoming the first team to win the FA Cup and be relegated in the same season after losing 4-1 to Arsenal in the Premier League three days later.