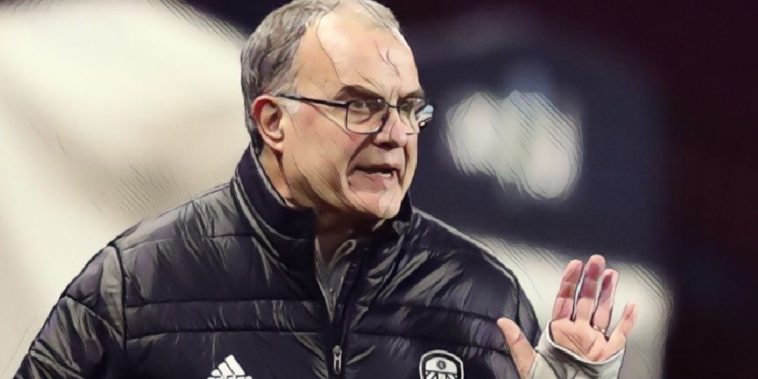 Marcelo Bielsa has emerged as Everton’s top target to become the club’s next manager, following the decision to sack Frank Lampard.

Lampard was sacked on Monday with Everton 19th in the Premier League table, having lost six of their last seven league fixtures to drop into the bottom three.

Five of those defeats came against sides directly around them at the bottom of the table and the club’s board have decided to make change with Lampard leaving his role.

The Telegraph are reporting that Bielsa has emerged as the top target for the Toffees, who are ‘not keen on a firefighter appointment’ in a desperate bid to preserve their Premier League status.

Bielsa has been without a club since being sacked at Leeds last February and it is unclear whether the Argentine would be open to the role.

The 67-year-old led Leeds back into the Premier League after a long absence and to a ninth-placed finish in their first season back in the top division. His unique brand of football has been dubbed Bielsa-ball, but there are doubts over the suitability of the Everton squad – on a run of 10 games without a win – to his methods.

Resources are also expected to be minimal for the new manager, with Everton having struggled to meet Financial Fair Play regulations. Funds could be raised through sales with Anthony Gordon a potential departure as Chelsea and Newcastle consider bids for the England u21 international.

According to the report, former Southampton manager Ralph Hasenhuttl and West Brom’s Carlos Corberan are also understood to have admirers within the Everton hierarchy.