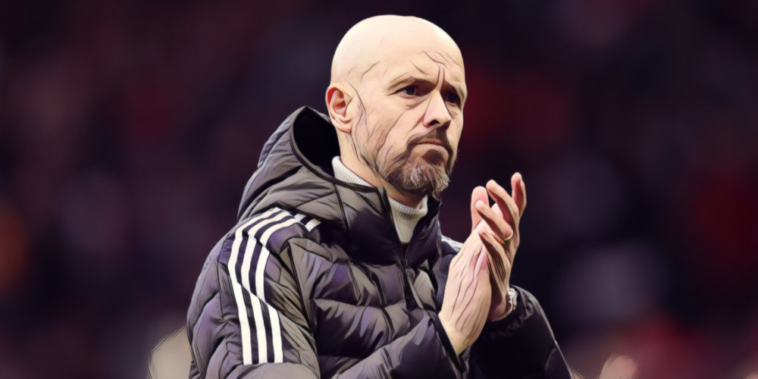 Erik ten Hag says Manchester United need to ‘move on’ from their defeat at Arsenal and has outlined his ambition to win silverware this season.

United’s unbeaten run came to an end with a 3-2 defeat at Arsenal on Sunday, as the Red Devils suffered a setback in their push for Champions League qualification at the Emirates.

Ten Hag’s team had gone ten games without defeat before the trip to north London and ahead of tomorrow’s EFL Cup semi-final first leg at Nottingham Forest, the Dutchman said it is important his team refocus and move on from the loss.

“We left it behind [Arsenal defeat] and we said the right conclusions then we have to move forward and quickly because tomorrow is a big game and focus on that,” he told his pre-match press conference.

United have gone five seasons without a major trophy, the club’s longest barren run since the 1970s. However, the Red Devils are the only ‘Big Six’ side remaining in the League Cup and Ten Hag believes his side have a ‘good opportunity’ to win the competition.

“It’s about that, it’s about winning trophies, so we have a good opportunity but we have to go game from game. Now we play Forest [over] two legs, so [we need to] focus on the first leg. Don’t think further ahead because that will distract, and so the aim for tomorrow is win that game.”

Ten Hag won three league titles during a successful spell as Ajax manager and said he is keen to recreate the feeling of winning trophies at Manchester United.

“It’s the best feeling you can have, winning a trophy and I have the luck in my career to win some trophies and it’s magnificent, especially for the fans,” he said. “It’s so great and I think the fans here have some experience, especially the older ones, but in this period, Manchester United didn’t win trophies and it’s too long ago. We are aware of that fact and we have to do it again.”