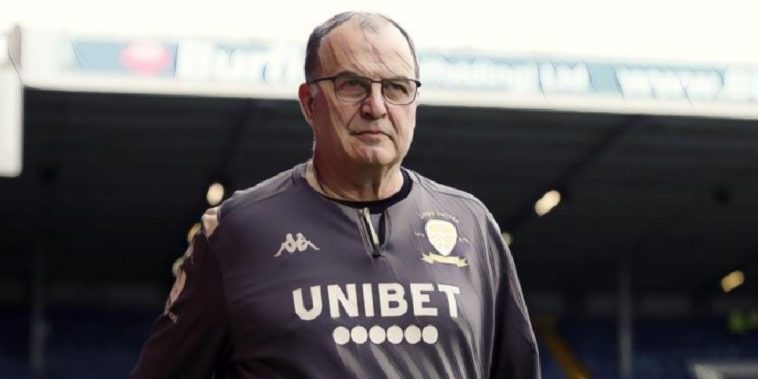 Marcelo Bielsa is ‘very close’ to signing a new contract with Leeds ahead of the club’s return to the Premier League this season.

Bielsa has been with the club for two seasons and had a revolutionary impact upon the Yorkshire side’s fortunes, guiding Leeds back to the Premier League following a 16-year absence after winning the Championship title last season.

Leeds will face reigning champions Liverpool on the Premier League’s opening weekend after the season’s fixtures were released today, and ahead of that hugely anticipated clash the news has broke that Bielsa is close to committing his future to the Elland Road outfit.

Leeds chief executive Angus Kinnear has revealed that advanced talks have been held with the Argentine, with an agreement over a new deal now described as ‘very, very close’.

“The challenge with Marcelo as we had last season is he is totally fixated on the preparations for the season ahead.

“He’s in the training ground every day, he is working with the team, he’s doing his analytics and I just need to find the appropriate window to get the paper in front of him and for him to sign it but we don’t foresee any challenges.”

Bielsa is currently working on plans to strengthen his side with Leeds having made three bids for Brighton defender Ben White – who starred on loan during the club’s promotion season – in addition to the already confirmed captures of youngsters Joe Gelhardt and Cody Dramheh from Wigan and Fulham respectively.

Goalkeeper Illan Meslier has also signed on a permanent basis from Lorient after a successful loan last season, whilst Jack Harrison has returned for a further season, the winger joining for a third successive loan spell from Manchester City.