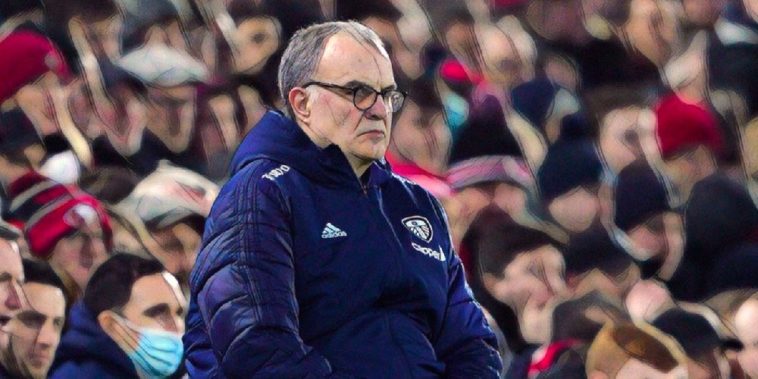 Marcelo Bielsa has admitted his ‘worries’ over relegation from the Premier League after Leeds were thrashed 6-0 at Liverpool.

Leeds endured a chastening evening after being hit for six at Anfield, a defeat which leaves the Whites just three points above the Premier League’s relegation places.

Bielsa’s side are now winless in their past five fixtures and have conceded ten goals during back-to-back defeats to Manchester United and Liverpool, with no side in the division having a worse defensive record.

The win moves Liverpool within three points of league leaders Manchester City and with a superior goal difference, with attentions for the Reds now turning towards Sunday’s Carabao Cup final with Chelsea at Wembley.

Leeds, however, edged closer to a relegation dogfight and Bielsa admitted his disappointment at the manner of the club’s latest defeat.

“My reaction is disappointment given the result we have obtained,” he told Match of the Day.

“We need to defend better and attack better – both things. We will fight to defend our position.”

Bielsa refused to blame Leeds’ humiliation on the club’s wealth of absences, admitting his fears over a potential relegation as defeat – coupled with Burnley’s 1-0 win over Tottenham – moved his side closer to the Premier League’s bottom three.

“The distances between the two teams we were never able to reduce them. In the second half we thought it would be difficult to play an even game but we wanted to prevent or avoid what ended up happening.

“A result like today you can’t explain it with the absences.

“We are fighting relegation. Of course it worries me, how is it not going to?”