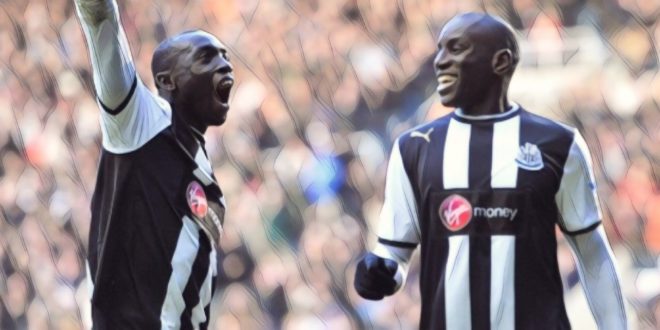 Five of the best Senegalese footballers in Premier League history

Harry Diamond 18/10/2020 Five of the Best, Opinion/Features Leave a comment

The Premier League has become a cosmopolitan hotbed of talent since its formation in the early nineties, sensational players from all corners of the globe arriving to demonstrate their abilities in England’s top tier.

Overseas imports have transformed the game within English football and we’ve decided to look at some of the biggest names to come from Senegal, players from the African nation having provided many memorable moments throughout the Premier League era.

Here are five of the best Senegalese footballers in Premier League history:

Demba Ba has been a popular figure throughout a nomadic career that has taken in spell at countries across the globe, including a fine spell at a succession of clubs in the Premier League.

Ba overcame several rejections and injury problems to forge himself a successful career in Europe, impressing during a stint at Hoffenheim to earn a mid-season move to West Ham, signing for Hammers following the collapse of a potential transfer to Stoke.

Stoke’s loss proved to be West Ham’s gain as the Senegalese striker hit the ground running at Upton Park, scoring twice on his full debut as his new side came from three goals down to draw with West Bromwich Albion.

Physically imposing and a threat inside the penalty area, Ba’s run of seven goals in 12 appearances was not enough to prevent West Ham’s relegation and he moved to Newcastle on a free transfer, swiftly becoming a fans’ favourite as the spearhead of the Magpies’ side.

The forward scored 16 goals in all competitions to fire Newcastle into contention for a top four finish, forming a fine partnership with compatriot Papiss Cisse, before hitting 13 league goals over the first half of the following campaign to earn a move to Chelsea.

Ba was largely a back-up option during his time at Stamford Bridge, his most telling contribution capitalising on Steven Gerrard’s infamous slip to score and derail Liverpool’s title challenge in 2014.

Papiss Cisse had followed in the footsteps of compatriot Ba by spending his formative years in the Bundesliga before moving to English football, the forward signing for Newcastle from Freiburg and making an immediate impact.

Rarely has a player arrived in the January transfer window before shining to such extent, Cisse scoring a brilliant winner on his debut before enjoying scintillating run of form.

The Senegalese sensation scored 13 goals in his first 14 league appearances for Newcastle to fire the club’s Champions League chase, including a brilliant double against Chelsea that included an outrageous half-volley later named as the BBC’s Goal of the Season.

The goals failed to flow as regularly over the next few seasons but he remained a fine finisher with 44 goals in 131 appearances for the Magpies before his departure, Cisse still scoring prolifically in the twilight of his career during a spell in Turkish football with Alanyaspor.

Mohamed Diame spent a decade in English football and is another Senegalese star to have adorned the colours of Newcastle United, also taking in spells at the likes of Wigan, West Ham and Hull City prior to moving to St James’ Park.

The midfielder was a box-to-box presence who brought energy and dynamism to the centre of the park, in addition to possessing a fine eye for goal with late surges into the opposition penalty area.

The all-action style of the midfield enforcer saw him regularly linked with the division’s top sides, a defensive-minded player with the capabilities to influence proceedings further up the pitch.

Diame made 239 Premier League appearances over his spells with that aforementioned quartet of clubs, proving a popular figure for his tireless and tenacious displays.

The benchmark for Senegalese imports into the Premier League and elsewhere across Europe, Sadio Mane has elevated his game to great heights since moving to Liverpool four years ago.

Mane first arrived in English football at Southampton and impressed – including scoring the Premier League’s fastest ever hat-trick – but it is since moving to Merseyside where he has catapulted himself amongst the world’s best.

The star has continued to grow in stature and importance for a formidable Reds side under Jurgen Klopp, and whilst it is often easy to speak about his forward line partnership with Mohamed Salah and Roberto Firmino, it is important to acknowledge the unique talents of the player himself.

Mane is captivating at full flow, possessing the ability to speed up or slow down the game as he wishes, skipping past opposition challenges and developing a penchant for scoring vital goals at vital moments.

The forward has now scored 20+ goals in all competitions in each of the past three seasons for Liverpool, whilst he became the first Senegalese player to win the Premier League’s Golden Boot during the 2018/19 season.

Winner of the Champions League and Premier League over the past two seasons, he has played a vital role in each of those triumphs and his status was rewarded with the African Footballer of the Year award in 2019, the first Senegalese player in almost two decades to win the honour.

An understated and underrated presence for much of his career in English football, Idrissa Gana Gueye thrived in the hustle and bustle of the Premier League during stints at Aston Villa and Everton.

It was Villa who signed the defensive midfielder from Lille and despite some encouraging performances he was unable to prevent the club’s relegation, joining Everton for what proved a bargain fee of just £7.1m.

The Senegal international seemingly covered every blade of grass during his time on Merseyside, finishing as the Premier League’s most prolific tackler in his debut season and finishing in the top two of the rankings in each of his four seasons in England.

Gueye racked up more than a century of performances for Everton before leaving in a big-money move for Paris Saint-Germain last summer, though there are reportedly a host of clubs monitoring the 30-year-old ahead of a potential return to the division.