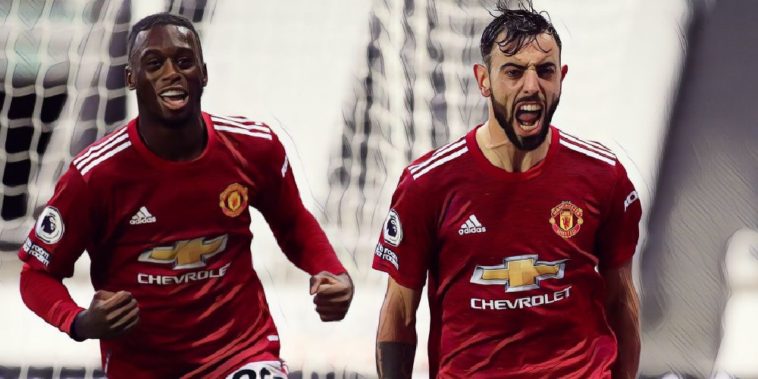 Manchester United kickstarted their season as they left it late to wrap up a much-needed 4-1 win over Newcastle at St. James Park.

Having collected just three points from their opening three games, which of course included a 6-1 reverse at the hands of Spurs last time out, Manchester United were in desperate need of a positive result in the North East. However, their evening started in the most disastrous of fashions, Emil Krafth’s low cross taking a wicked deflection of off Luke Shaw, with the ball spinning into the back of the net past a helpless David de Gea in just the second minute.

Unlike their game against Spurs though, United showed a good reaction to going behind, and they thought they had drawn level through a peach of a strike from Bruno Fernandes, only for VAR to rule it out for an offside against Juan Mata in the build-up.

Minutes later, however, and the Red Devils were level, Harry Maguire finding space in the box at a corner before steering his header into the back of the net, a goal that the England international will no doubt hope will help to turn around his recent fortunes after what has been a few months of negative headlines.

Ole Gunnar Solskjaer’s side were afforded the chance to go ahead early in the second half, the Old Trafford outfit awarded what looked like a very soft penalty following a perceived foul on Marcus Rashford. Bruno Fernandes duly stepped up, but for the first time since moving to Old Trafford, the Portuguese playmaker saw his spot-kick smartly saved by Magpies ‘keeper Karl Darlow.

United continued to dominate proceedings but were consistently denied by the impressive Darlow between the sticks, however, with just four minutes to play they did find a breakthrough with a superb counter-attack. Marcus Rashford broke away down the left, before the England international laid the ball into the path of Fernandes who slotted home a sensational finish into the top corner from a narrow-angle.

The goal ended Newcastle’s stern resistance, and as the game ticked into added time, United had a third, Aaron Wan Bissaka thrashing home his first senior goal in fine fashion following a one-two with Rashford on the edge of the box.

Having bagged himself a pair of assists in the build-up to the second and third, Rashford made it four in the sixth minute of stoppage time, the 22-year-old once again scampering away down the left before calmly slotting past Darlow.

Speaking afterwards, United captain Harry Maguire insisted that he and his teammates still have work to do to answer their critics following their slow start to the season.

“I wouldn’t say we have answered them [the critics],” he told Sky Sports. “It’s funny, three games into the season and it seems like a big crisis. Won two lost two. There is a long way to go, we have to improve.

“When you play for this club and get beat at home, we ask questions. We work hard in training, it is a great group and we knew we had to bounce back. I felt it would have been really harsh if we came away with just a point. A fully deserved win.

“We knew we needed to get three points and we managed to do so. We’ve got a tough run coming up.

“We are still a young team but we won’t use that as an excuse. It was disappointing to start like we had but big performance tonight when we needed it.”

Harry Maguire with the equalizer 🔥

What a difference a week makes. pic.twitter.com/P6ferllyaA

Ole Gunnar Solksjaer was pleased with Maguire’s display, while declaring that his side are finally ‘up to speed’ – the club having had a very short pre-season due to their run to the Europa League semi-finals in August.

“Harry scored and leads by example. He showed good character, I am happy for him,” said the Norwegian. “He had a couple of difficult weeks since he last played for us.

“The season started for us today. We have come up to the speed of the game and that showed today.”

Manchester United now take a trip to Paris to kick off their Champions League campaign against PSG in midweek, before they host Chelsea in the Premier League next weekend.