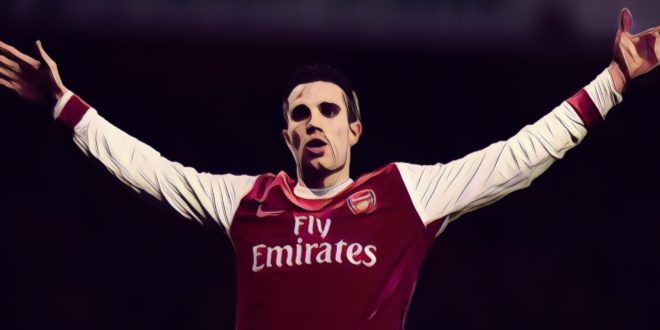 The two dominant forces of English football for much of the Premier League era, the days of throwing pizza, tunnel bust-ups and Martin Keown’s ‘exuberance’ seem a distant memory for a once great rivalry.

These days the duo are currently dwindling in mediocrity, an ever continuing, often frustrating, period of transition following the respective dynasties of long-serving managers Sir Alex Ferguson and Arsene Wenger.

The latest instalment of the rivalry continues as the two sides face off on Monday night at Old Trafford, and ahead of the clash we’ve decided to take a look at five of the best players to have featured on both sides of the divide.

A player synonymous with both clubs, the Republic of Ireland international made over 200 appearances for both teams, long before their rivalry intensified following the creation of the Premier League.

The forward was actually rejected as a youngster by United before joining Arsenal as an apprentice, where he would win the FA Cup in 1979, scoring in the final against, you guessed it, Manchester United.

After over 100 goals for the club he would move to Old Trafford in 1981, winning a two further FA Cups and becoming the first player to score for two different clubs in the final of the competition.

He would leave United after six successful seasons, moving to Ajax before enjoying a nomadic career until his retirement in 1995.

Notably, the first black player to represent England in a full international, the right-back would win the League Cup during a four-year spell in North London, before becoming Sir Alex Ferguson’s first signing as Manchester United manager and winning the 1990 FA Cup after moving to Old Trafford.

It can be hard to remember that one of the Premier League’s most prolific forwards actually began his career at Arsenal, given that Cole made just one league appearance.

Having moved to Bristol City and then Newcastle, the former England international would develop into a prolific goalscorer, winning the Premier League’s Golden Boot with a record 34 goals in 1994 to earn a British transfer-record move to Old Trafford the following year.

He would go on to enjoy a hugely successful seven year spell in Manchester, forming a brilliant understanding with strike partner Dwight Yorke, winning five league titles and being part of the club’s famed treble-winning side of 1999.

Cole would leave United to join Blackburn in 2001, having scored 121 goals in 275 appearances for the club.

Still seen as the ultimate betrayal by many Arsenal fans, captain Robin van Persie announced he would be leaving the club to join rivals Manchester United in a shock transfer in 2012.

The Dutch forward has established himself as one of the Premier League’s finest talents during an eight-year spell in North London, though after just one FA Cup success and with the club in transition, Van Persie opted to leave in search of silverware.

A prolific record of 132 goals in 278 appearances persuaded Sir Alex Ferguson that Van Persie was the man to lead his title charge, the forward having recently scooped a host of individual accolades after scoring 30 league goals the previous season.

Both creative and lethal around goal, his impact at United was nothing short of stunning, Van Persie hitting 26 goals to fire Ferguson’s side to the Premier League title and earn himself a second successive Golden Boot.

Ferguson’s retirement and United’s subsequent decline saw Van Persie leave for Fenerbache in 2015, having amassed a record of 58 goals in 105 appearances for the club.

Remember when Alexis Sanchez used to terrorise Premier League defences? Yes, we know it’s hard, but he really used to be a superb attacking talent.

Signed by Arsenal in a big-money deal from Barcelona in 2014, the Chilean initially thrived in English football. A whirlwind of technique and tenacity, Sanchez would hit 80 goals in just 161 appearances during his time at the Emirates, winning two FA Cups and scoring in both finals.

With his contract winding down at Arsenal, United capitalised on the uncertainty and secured what seemed a coup in bringing Sanchez to Old Trafford.

A straight swap with under-performing midfielder Henrikh Mkhitaryan seemed like the perfect deal for the Manchester side, though it soon became apparent it was a huge mistake.

Rarely has a player’s status dipped so dramatically, Sanchez scoring just three league goals in a torrid 18 months at the club. His league record £500,000-a-week wages caused further complications before he was shipped out on loan to Inter Milan this summer following the unhappiest of Manchester United careers.