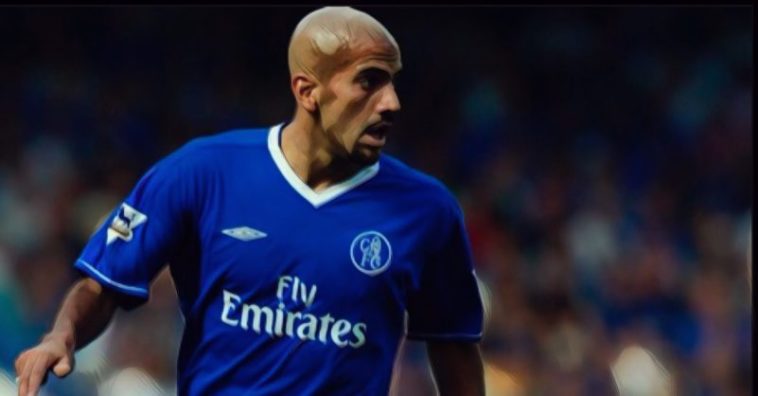 Chelsea Football Club would be forever changed in the summer of 2003, with owner Roman Abramovich’s billionaire takeover catapulting the club into the elite of European football.

The following years have been the most successful in the club’s long history, as silverware has been collected at a rapid rate and a series of stars having shone at Stamford Bridge.

That said, despite all the success Blues fans have enjoyed over the past two decades, the Abramovich era has not been without its own flops and failures.

We’ve decided to look back at some of Chelsea’s mistakes and misfits, with the club’s worst XI of the Roman Abramovich era…

Goalkeeper has long been a position of strength at Stamford Bridge, the likes of Petr Cech and Thibaut Courtois establishing themselves amongst the Premier League’s finest during distinguished Chelsea careers.

We’ve opted for one of several back-up options to warm the Chelsea bench, with former Middlesbrough goalkeeper Ross Turnbull taking his place in goal. Despite arriving with a reputation as a solid shot-stopper, Turnbull would spend four seasons at Chelsea, most of it spent in the dugout.

He’d make just seven league appearances for the club, before being released on a free transfer in 2013.

Signed from German side Hamburg in 2006, Boulahrouz’s time at Chelsea is most remembered for him strangely being handed the number nine shirt by Jose Mourinho. The Portuguese manager hailed the Dutchman for being able to play centrally and at full-back, though after a decent start it soon became apparent he did neither particularly well.

Having failed to dislodge the likes of Ricardo Carvalho and John Terry, he joined Sevilla on loan before securing a permanent deal back to Germany with Stuttgart, the defender having made just 13 appearances for the club.

Chelsea signed the Israeli on a free transfer from Bolton to add depth to their squad in 2007, where the centre-back had been a favourite under Sam Allardyce. Despite being simply a back-up action at Chelsea, Ben-Haim struggled when given minutes and performed fairly poorly in his 13 appearances for the club.

After just one season he was sent packing to Manchester City, where his fortunes were similarly disappointing.

A truly bizarre signing, the Senegal international moved to the then Premier League champions Chelsea in 2015 where he would compete with the likes of John Terry and Gary Cahill for a starting spot.

It was soon apparent Djilobodji was not of the level required, the defender not being included in Chelsea’ squad for the Champions League. He would make just one appearance for the club in a League Cup tie at Walsall, a late substitute appearance at that.

Following a loan at Werder Bremen, he would join Sunderland in 2016, failing to impress before being sacked two years later following a breach of contract with the club in England’s third tier.

Arriving in a deal which could rise to £22m, the Ghana international was tipped as one for the future after joining from German side Augsburg in 2015.

In his first season, he would fail to establish himself as first-choice and would make 15 Premier League appearances, as Chelsea surprisingly slumped to a 10th-placed finish having been crowned champions the season prior.

Four years later he somehow remains a Chelsea player, though he has not featured for the club in the Premier League again having spent the past four seasons on loan at Schalke, Reims and now Mallorca.

The second bizarre incumbent of the club’s number nine shirt on this list, Jose Mourinho signed the midfielder on a free transfer in 2007 after he had impressed at newly-promoted Reading.

Whilst a solid Premier League player, Sidwell was not at the level required for a club of Chelsea’s ambitions and struggled to make a breakthrough, behind the likes of Frank Lampard, Michael Ballack and Michael Essien in the pecking order for midfield places.

After just one season that brought 15 Premier League appearances, he would join Aston Villa in a £5m deal.

Another midfielder who never looked quite good enough, Jiri Jarosik signed from CSKA Moscow in 2005 and whilst he did enough to claim a Premier League winners medal in his first season, he was swiftly moved on.

The Czech Republic international had a decent spell at Birmingham City after leaving Stamford Bridge, though that probably showed his level.

The Argentina international had emerged as one of the finest midfield talents in world football during a spell in Italian football, inspiring Lazio to a treble of honours at the turn of the millennium. Manchester United had smashed the British transfer-record to bring him to English football in 2001, but he struggled to adapt to the Premier League following his £28.1m move to Old Trafford.

Despite his struggles in Manchester, Chelsea opted to sign the midfielder for £15m in 2003 as the Abramovich era began, hoping the playmaker would be able to rediscover his best form. A goal on his debut at Anfield increased optimism, though it proved to be a false dawn.

Veron would make just six further league appearances for the club despite spending four years on their books, being loaned to Inter Milan and Estudiantes before joining the latter on a permanent basis in 2007.

A South American superstar who had flopped at Manchester United before heading to Chelsea? Feels like we’ve been here before…

Falcao was regarded as one of Europe’s deadliest finisher after scoring 225 goals in just 317 appearances during prolific spells at Porto, Atletico Madrid and Monaco. He moved to Old Trafford on loan following a serious knee injury and struggled, though that failed to dissuade Chelsea from bringing the Colombian to Stamford Bridge on a similar loan deal.

His spell at Chelsea proved even worse, Falcao scoring just one league goal in his season at the club. Chelsea – unsurprisingly – opted not to make the move permanent, the forward returning to Ligue 1 with Monaco.

Signed alongside PSV Eindhoven teammate Arjen Robben in 2004 after a prolific spell in the Eredivisie, it’s fair to say the Dutchman fared a little better than Kezman during their respective careers in Chelsea colours.

A record of 105 league goals in just 122 appearances for the Dutch side had attracted interest from Europe’s leading clubs, Kezman moving to Stamford Bridge hoping to transfer that form to the Premier League.

Kezman would fail to establish himself as a first-choice and would score just five league goals in his debut season, though a goal in the League Cup final victory over Liverpool was a rare highlight.

After just one season he was allowed to leave for Atletico Madrid, later bizarrely claiming his time at Chelsea was the pinnacle of his career.

The Spanish striker has emerged as one of world’s football’s most exciting forwards during a prolific three-and-a-half year spell at Liverpool, having scored 65 goals in just 102 league appearances on Merseyside.

Chelsea smashed the British transfer-record to sign the forward from their Premier League arrivals, Torres moving to Stamford Bridge in a £50m deal on deadline day of the 2011 January transfer window.

He began poorly, scoring just once in his first 14 appearances for the club and taking a huge 903 minutes to open his account, whilst his fortunes failed to improve much from there.

Torres failed to score double figures for league goals in any of his three full seasons at the club, and whilst team success came in the form of the 2012 Champions League and FA Cup double, he looked a shadow of his former self.

He would score just 20 league goals in 110 appearances for the club, being loaned to AC Milan and Atletico Madrid before joining the latter on a permanent basis.