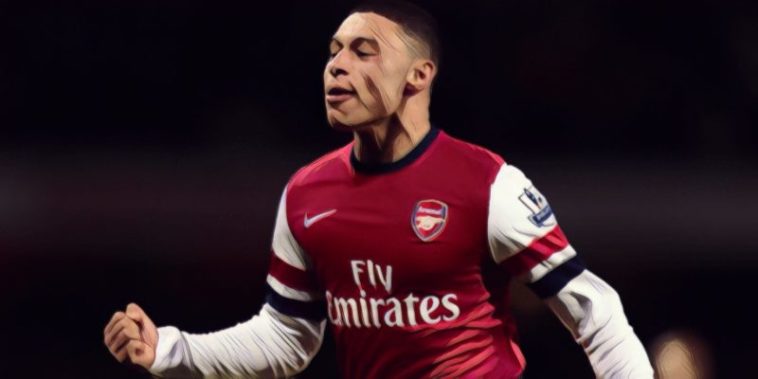 While these historic football institutions have experienced vastly different fortunes in recent years, games between the pair are usually an entertaining watch, and theirs is a rivalry which has produced some iconic moments.

Recognised by football fans across the globe, the vast majority of players would look at it as a major achievement to adorn the famous colours of either side, and several stars have been fortunate to turn out for both teams.

A player who enjoyed lengthy stints at both clubs, the midfielder was responsible for the most dramatic moment in the history of the two club’s rivalry.

Thomas came through the youth academy at Arsenal and made 163 league appearances for the club over a seven-year spell, but his goal against Liverpool in 1989 is what he is most remembered for.

Arsenal headed to Anfield on the final day of the season needing to win by two goals to snatch the league title from the Merseyside club on goal difference.

Liverpool had not lost by two goals at home for nearly four years but Alan Smith’s goal set up a tense finish. With the game in injury time, Thomas surged forward from midfield and scored a late, late second, winning Arsenal’s first title in 18 years in the most dramatic of finishes.

The midfielder would later join Liverpool in 1991, spending seven seasons at Anfield before joining Portuguese side Benfica.

One of Arsene Wenger’s best signings at Arsenal, French forward Anelka moved to North London for just £500,000 in 1997.

The then teenager broke into the Arsenal team in the 1997/98 season, playing a crucial role as Wenger’s side won a Premier League and FA Cup double, Anelka scoring in the final of the latter against Newcastle.

His second season saw him crowned as PFA Young Player of the Year after hitting 17 Premier League goals, but a player nicknamed Le Sulk soon agitated for a move and joined Real Madrid in a £22.3m deal just over two years after his arrival.

Anelka returned to the Premier League with a loan spell at Liverpool during the 2001/02 season, the forward scoring four goals in 20 league appearances during his time on Merseyside.

Despite his modest goal tally, many were surprised when Liverpool failed to secure the Frenchman permanently, inexplicably opting to secure a deal for the controversial El-Hadji Diouf instead.

Another bargain signing by Arsene Wenger, Toure emerged from obscurity to become a key figure in Arsenal’s successes in the early 2000’s.

The Ivory Coast international played a crucial role in the club’s Invincibles season of 2003/04, whilst he also won two FA Cups during seven years at the club.

Following a spell at Manchester City, Toure moved to Anfield on a free transfer in 2013. The centre-back would prove a popular figure at Anfield, bringing experience and quality to Liverpool’s defensive options under Brendan Rodgers.

The only player to have scored a hat-trick in the Premier League, FA Cup and Champions League, the Israeli schemer was a popular figure after joining Liverpool from West Ham in 2007.

Benayoun provided a versatile attacking option under Rafael Benitez on Merseyside, hitting 11 goals in his first campaign including a European hat-trick against Besiktas at Anfield.

A winner against Real Madrid at the Bernabeu was another highlight of his Liverpool career, before he left for Chelsea in 2010 having scored 29 goals in 134 appearances for the club.

Having found opportunities limited at Stamford Bridge, the midfielder joined Arsenal on a season-long deal in 2011, scoring six goals in 25 appearances during his spell at the Emirates.

Having shot to prominence as a highly-rated youngster at Southampton, Arsenal signed the then 17-year-old in a £12m deal in 2011.

He made an immediate impact, scoring twice in his first three games for the club and becoming the youngest English goalscorer in Champions League history.

Playing in a variety of roles, the midfielder would develop into a full England international whilst at the Emirates, winning three FA Cups and scoring 20 goals in 198 appearances.

Liverpool would secure his signing in a £35m deal in 2017, and Oxlade-Chamberlain thrived under Jurgen Klopp in an advanced midfield role as the club reached the latter stages of the Champions League.

A serious knee injury suffered against Roma in the 2018 semi-finals of the competition would halt his progress, but the 26-year-old has since returned to pick up Champions League and Premier League winners medals, justifying his decision to swap the Emirates for Anfield.