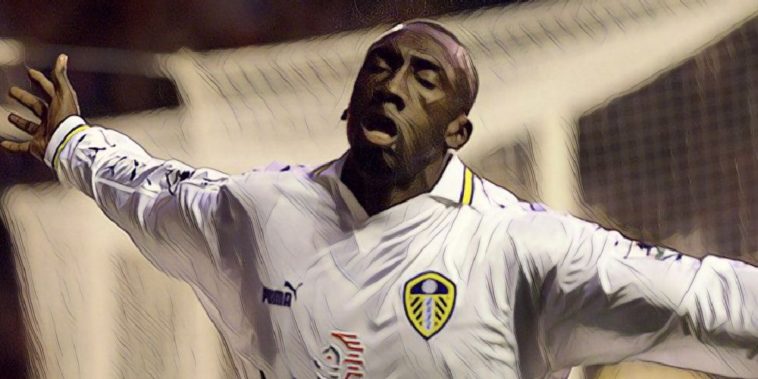 Leeds meet Chelsea in the Premier League this weekend in a resumption of a rivalry that dates back decades, the two sides having formed a unique animosity despite the geographical distance between them.

The rivalry between the two teams dates back to the 1960s as both clubs competed for honours, clashes between the pair often resulting in bruising physical encounters, whilst the rise of hooliganism in British football added to the fire with the firms of Leeds and Chelsea amongst the most notorious of the era.

Leeds’ return to the Premier League this season has seen the sides resume hostilities with the first meeting ending in a 3-1 win for Chelsea at Stamford Bridge in early December.

Perhaps a left-back ahead of his time, Dorigo enjoyed memorable stints at both clubs, initially signing for Chelsea in a £450,000 deal from Aston Villa in the late eighties.

The youngster was named as the west Londoner’s Player of the Season despite Chelsea’s relegation in his debut campaign, before starring as the club won an instant promotion to be named in the divisional Team of the Year.

He made 180 appearances in all competitions during his time at Stamford Bridge before becoming Leeds‘ club-record signing, enjoying a first season to savour as the club were crowned champions of England in 1991/92.

Dorigo brought a class and composure – alongside impressive pace – to the left-back position and was named in the PFA Team of the Year during the Premier League’s inaugural season, the Australian-born England international becoming a popular figure during his 208 appearances in Leeds colours.

Injuries began to hinder his impact in his latter career at Elland Road before departing for Torino, returning to finish his career in English football with short spells at Derby and Stoke.

Arguably the most notorious member of Wimbledon’s ‘Crazy Gang’, Vinnie Jones was a player well versed in the dark arts of the game and the uncompromising midfielder played a pivotal role in the club’s successes of the late eighties, including shocking Liverpool to win the 1988 FA Cup final.

Jones joined Leeds in a £650,000 deal the following year and quickly added some steel to Howard Wilkinson’s side, becoming a fans’ favourite as the club secured promotion to the First Division during the 1989/90 campaign.

After losing his place in the side amid competition for places, he moved on to Sheffield United before joining Chelsea the following season, making 52 appearances in all competitions during a single season with the west London outfit.

He returned to Wimbledon and spent a further six seasons with his former side, later transferring his hard-man persona from the pitch to the silver screen, forging a successful film career with Jones forever the archetypal nutcase.

The best years of David Rocastle’s career undoubtedly came at Arsenal, though the former England international spent short spells at both Leeds and Chelsea during the Premier League era.

Rocastle came through the academy ranks at Arsenal and became a hugely popular figure with the north London side, forming part of the Gunners’ title-winning teams in 1989 and 1991 ahead of the dawn of the Premier League.

Technically outstanding with an ability to ghost past players in midfield, he signed for reigning champions Leeds as their record signing in 1992, but his time at Elland Road offered only glimpses of his talent as injuries prevented the all-action star from finding his best form.

‘Rocky’ moved on after just one season to Manchester City before a four-year spell at Chelsea, though injury problems saw him make just 37 appearances during his time at Stamford Bridge.

The midfielder retired due to injury problems aged 31, before tragically passing away just two years later after contracting non-Hodgkin’s lymphoma.

One of Chelsea’s best pieces of business of the Premier League era, the west London side signed Tore Andre Flo as a relative unknown from Norwegian side Brann in 1997, with the forward shining upon his move to English football.

Flo scored on his debut as a substitute and finished his debut campaign with 15 goals in all competitions, his contribution helping Chelsea to a League Cup and UEFA Cup Winners’ Cup double.

Amongst his highlights included scoring a hat-trick in a 6-1 thrashing of rivals Tottenham at White Hart Lane, the towering target-man later scoring eight goals and thriving during Chelsea’s first voyage into the Champions League in 1999/2000.

Flo struggled for regular starting opportunities but scored 50 goals for the club before a £12m move to Rangers in 2000 where he enjoyed a prolific spell north of the border with the Scottish side.

The Norway international moved to Leeds on a free transfer in the latter stages of his career, scoring four goals in 24 appearances as the Whites dropped into the third tier of English football.

One of just three players in Premier League history to have won the Golden Boot with two different clubs, Jimmy Floyd Hasselbaink won the accolade with both Leeds and Chelsea during a career spent as one of the division’s most formidable forwards.

Hasselbaink signed for Leeds in 1997 and enjoyed a goalscoring debut for his new side, though initially took time to settle in English football before bursting into life over the second half of the campaign.

The Dutchman finished his debut season with 22 goals in all competitions before another prolific campaign saw him share the Golden Boot alongside Dwight Yorke and Michael Owen in 1998/99.

Leeds’ fans had a new hero in the thunder-thighed hitman who developed a reputation for some venomous strikes, though a contract dispute saw Hasselbaink depart after just two seasons for Atletico Madrid.

Hasselbaink continued to burst nets in the Spanish capital with a 33-goal campaign, though it was not enough to prevent Atletico’s relegation and he signed for Chelsea in a £15m deal in 2000.

The forward hit 87 goals in just 177 appearances in all competitions before signing for Middlesborough, the takeover of Roman Abramovich having ushered in a new era at Chelsea.