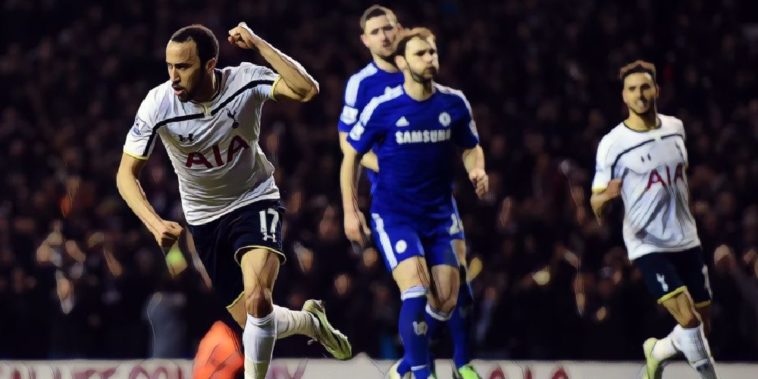 This season has provided its fair share of complications, but the relentless Premier League calendar is set to continue with the first fixtures of the new year this weekend.

Football played throughout the winter is nothing new for Premier League fans, however, and the New Year’s Day schedule is amongst the most eagerly anticipated on the calendar.

The first fixture of the new year will see Arsenal take on Manchester City at the Emirates, before Watford face Tottenham and there’s a London derby between Crystal Palace and West Ham at Selhurst Park.

Ahead of the 2022 New Year’s Day fixtures, we’ve decided to look back at some of most memorable Premier League offerings from January 1.

Liverpool of the mid-nineties were not quite the force of today as a transitional side struggled to replicate the successes of previous eras, but the 1995/96 season brought promise as an entertaining team finished the campaign in third.

Roy Evans’ side were led by Robbie Fowler and Stan Collymore in attack but were fragile at the back, and their defensive shortcomings were exposed on New Year’s Day as Nottingham Forest raced into a two-goal lead inside the opening 18 minutes.

Steve Stone opened the scoring with a sweet strike, before Ian Woan turned home a cross to double the visitor’s early advantage on Merseyside.

Liverpool fought back, however, and were level by half-time, Fowler scoring a brace of headers from Collymore crosses during a phenomenal season that saw the forward net 36 goals in all competitions.

An entertaining first-half concluded with the scores level and it was predictably Collymore – who left Forest to sign for Liverpool in a British transfer-record deal the previous summer – who proved the difference in the second half, capitalising on a defensive mix-up to put the Reds ahead.

A Colin Cooper own goal – coming from yet another Collymore cross – made the points safe for Liverpool.

Tottenham stepped up their pursuit of European football in spectacular style in 2005, thrashing fourth-placed Everton 5-2 on New Year’s Day.

Dean Marney opened the scoring for the north London side before Reto Ziegler doubled their lead from close-range, only for Everton to pull a goal back before half-time through Tim Cahill.

The visiting Toffees were seeking a first win at White Hart Lane in two decades but their hopes were ended by a dominant second half performance from Spurs, Pedro Mendes’ powerful effort and a Robbie Keane goal putting clear daylight between the two sides.

Marney netted his second of the game from distance to make it five for Martin Jol’s free-scoring side, with James McFadden’s late goal proving nothing more than a consolation for Everton whose hopes of securing Champions League football suffered a huge setback in the capital.

Reading secured promotion to the Premier League for the first time after winning the Championship with a record 106 points, and Steve Coppell’s side took a fearless approach to their first campaign at the highest level during the 2006/07 season.

The newly-promoted side won on the opening day of the season against Middlesborough and took notable scalps of Manchester City and Tottenham before the turn of the New Year, though a side brimming with youthful energy delivered a statement result on January 1.

West Ham were the visitors to the Madjeski Stadium and quickly found themselves overwhelmed by the dominant hosts, Reading racing into a two-goal lead in the opening 15 minutes through Brynjar Gunnarsson and Stephen Hunt.

It was four before half-time as an Anton Ferdinand own goal and Kevin Doyle added to the Hammers’ embarrassment, before second half goals from Leroy Lita and Doyle saw the east Londoners hit for six.

The emphatic scoreline was the highlight of a fine season for Coppell’s men, who defied pre-season expectations to finish a respectable eighth in the division.

Newcastle’s clash with Burnley in 2015 may have lacked quality but it certainly made up for that in terms of entertainment, the relegation-threatened and injury-hit Clarets equalising three times in a thrilling draw at St James’ Park.

The home side – under the management of interim boss John Carver – took an early lead through Steven Taylor’s header, only to hand Burnley an embarrassing equaliser just minutes later as Paul Dummett comically headed past his own goalkeeper.

Burnley were forced to replace three injured players inside the opening 45 minutes and found themselves behind again before the break, Jack Colback’s sweet strike putting Newcastle ahead.

Sean Dyche’s side rallied after the interval and hit the post before Danny Ings’ clever header levelled the scores, only for Moussa Sissoko to put Newcastle ahead for a third time in an end-to-end contest.

Ings and Ashley Barnes both struck the woodwork in a matter of seconds for the struggling side whose luck appeared out, though George Boyd’s well-struck strike rescued a point with just four minutes remaining.

Harry Kane burst onto the scene for Tottenham during the 2014/15 campaign and it was the academy graduate who was the inspiration behind this memorable New Year’s Day victory, scoring twice and having a hand in two further goals as the north London side stunned league leaders Chelsea.

Jose Mourinho’s visitors took an early lead through Diego Costa but were soon blitzed by a scintillating attacking display from Spurs, Kane firing home an equaliser from 20 yards before Danny Rose put the hosts ahead.

Andros Townsend put Mauricio Pochettino’s men firmly in control from the penalty spot, before Kane netted his second and Spurs’ fourth with a superb turn and finish to take his tally to 17 goals for the season.

John Terry headed home for Chelsea to narrow the scoreline somewhat, but it was Spurs who secured bragging rights following a thrilling London derby at White Hart Lane.