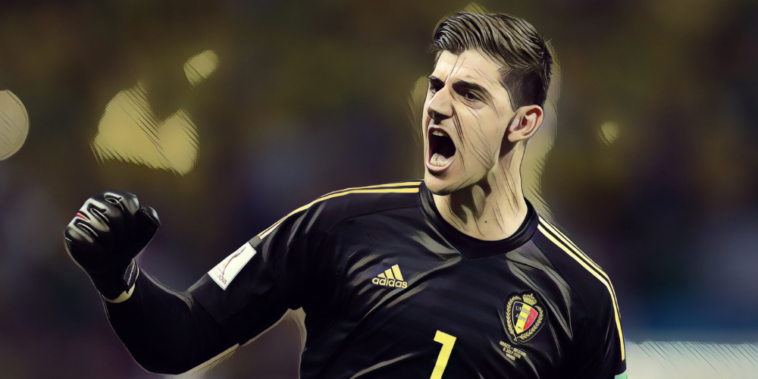 Euro 2020 will see some of the world’s finest footballers take the stage, as Europe’s best compete over the next four weeks to be crowned as the continent’s number one nation.

The opening fixtures of the tournament have already seen a host of players deliver impressive performances, with Italy and Belgium amongst the sides to have already issued a statement of intent.

So for those of you who like to follow the odds with leading bookies like Betway, we’ve decided to look at some of the leading goalkeepers representing their national sides at Euro 2020,

Here are our rankings of the tournament’s five best goalkeepers.

The former Arsenal goalkeeper has taken his game to new heights since leaving the Premier League for Italy, impressing during a loan spell at Roma before signing for Juventus on a permanent basis.

Szczęsny has spent the past four seasons as the Bianconeri’s number one, winning three consecutive Serie A titles between 2018 and 2020 and being named as the division’s best goalkeeper during the 2019/20 season.

Poland’s chances at Euro 2020 will depend largely on the performances of Robert Lewandowski, though Szczęsny offers a top-level option at the opposite end of the pitch and will be a key performer for Paulo Sousa’s side as they bid to qualify from a group containing Slovakia, Spain and Sweden.

The 31-year-old arrives at the tournament following a difficult season with Juventus, but will hope to inspire his side to success as Poland bid to improve on reaching the quarter-finals at Euro 2016.

The errors that littered his game at Arsenal are now rarer, with Szczęsny joining a group of goalkeepers including Hugo Lloris and David de Gea whose best performances outweigh the occasional lapses.

Hungary have been given an almighty task to reach the knockout stages after being drawn in the tournament’s Group of Death, facing off against contenders France, Germany and Portugal.

Key to their hopes of making an impact will be Peter Gulasci, the RB Leipzig number one the nation’s vice-captain and one of the best goalkeepers at Euro 2020.

Gulacsi previously spent six seasons as a Liverpool player without making a first-team appearance, spending time on loan at the likes of Hereford and Tranmere before evolving into one of the Bundesliga’s best goalkeepers since leaving Anfield.

The 31-year-old initially signed for Red Bull Salzburg before making the move to sister club Leipzig, where he has formed part of an emerging side in Germany.

Gulacsi starred as Leipzig reached the semi-finals of the Champions League in 2019/20, whilst he led Germany’s top tier for clean sheets in 2020/21 with 15 shut-outs.

Gianluigi Donnarumma was a mere spectator during Italy’s opening win over Turkey, keeping a clean sheet as Roberto Mancini’s side secured a comprehensive 3-0 win.

Donnarumma burst onto the scene as a teenager at AC Milan and has amassed 251 appearances across all competitions for the Rossoneri, though looks set to depart on a free transfer this summer with a move to PSG reportedly close.

The Parisians will be signing an excellent goalkeeper with the capacity to improve further, the 22-year-old having already gained huge experience despite his young age.

Donnarumma already ranks amongst the best goalkeepers in European football and could keep goal in Paris for more than a decade, his brilliant reflexes and reaction saves having seen the youngster emerge as Gianluigi Buffon’s long-term successor for the Azzurri.

As people interested in Betway online soccer betting will be aware, the Italians are many punters picks as dark horses to win the tournament, and if that is to be the case Donnarumma will need to show just why he is so highly rated.

Spanish football is currently home to some of world football’s best goalkeepers and Thibaut Courtois has a strong case as La Liga’s finest, the Real Madrid shot-stopper having bounced back from a difficult start at the Bernabeu to become a key figure.

Courtois possesses a towering frame and the agility to pull off improbable saves, with the 29-year-old one of several world-class talents amongst Belgium’s ‘Golden Generation’ of talent at Euro 2020.

Having finished third at the World Cup three years ago, Belgium will be hoping to end the nation’s wait for a major trophy with Roberto Martinez’s side having begun ominously with an emphatic thrashing of Russia.

Courtois heads into Euro 2020 in fine form despite Real Madrid’s indifferent season, the goalkeeper boasting the best save percentage in La Liga during the 2020/21 campaign and finishing the campaign with 17 clean sheets.

Quite possibly still the best goalkeeper in world football, Manuel Neuer will lead Germany into this summer’s tournament as he bids to make more history in a career of huge success.

The 35-year-old recently reached a century of caps for Germany and has revolutionised the goalkeeping position during the modern era, remaining the finest exponent of the sweeper-keeper style he has become famed for.

Last season Neuer won a ninth consecutive Bundesliga title with Bayern Munich and levelled Oliver Kahn’s record for most ever clean sheets in the division with 204, and his presence and aura will be crucial to the German’s hopes of progressing from the tournament’s most difficult looking group.

Teammate Timo Werner recently labelled Neuer as ‘the best goalkeeper in the world’ and it’s an assessment many would agree with, the veteran the finest number one on show at Euro 2020 this summer.