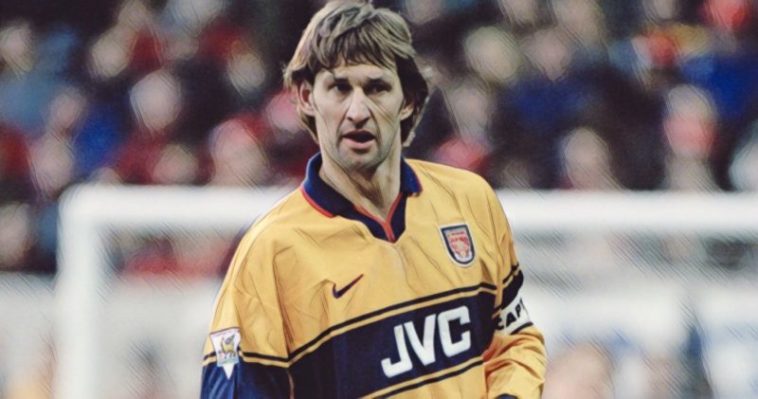 The most successful manager in Premier League history – Sir Alex Ferguson – once proclaimed that whilst ‘attack wins you games, defence wins you titles’ and who are we to argue with the Manchester United great?

A solid foundation is essential to any successful side, but throughout Premier League history there has been a succession of sides who have failed to lift the title despite boasting a formidable defensive set up.

We’ve decided to look back at the very best backlines not to win the game’s ultimate prize, here are the five best defensive records that didn’t win the Premier League title:

Liverpool under the guidance of Rafael Benitez were a pragmatic side with an undoubtedly defence-orientated approach, the Spanish tactician a huge advocate of defensive organisation and systematic strength.

The Merseyside club headed into the 2005/06 campaign on the back of their shock Champions League triumph during Benitez’s debut season in charge, though the club fell some way adrift of eventual champions Chelsea despite a marked improvement in their league form.

Central to the club’s success was a solid defensive set up – goalkeeper Pepe Reina winning the division’s Golden Glove with 20 clean sheets during his first season in English football – as Benitez’s side conceding just 25 goals for the season to finish third.

Liverpool did finish the season with silverware in the form of the FA Cup, though their final triumph came via penalties after an uncharacteristic 3-3 draw with West Ham in Cardiff.

Chelsea had proven to be a winning-machine under Jose Mourinho before his shock departure, winning the Premier League title with an all-time record low of just 15 goals conceded in 2005.

Following the failed trial of Avram Grant as manager, however, owner Roman Abramovich turned to Luiz Felipe Scolari in an attempt to usher in a new era of attractive football at Stamford Bridge.

The Brazilian began brilliantly before a torrid run of form saw the axe fall in February, but Chelsea had already shown they had lost none of their defensive nous despite the continued managerial upheaval.

The west London side conceded just 24 goals all season to secure a third-placed finish, the equal best defensive record in the division alongside eventual champions Manchester United.

Jose Mourinho’s final full season in charge of Chelsea saw the club boast the Premier League’s best defensive record for a third consecutive season, but after back-to-back championships it proved not enough to retain their crown once again.

The Blues conceded just 24 goals for the season to finish as runners-up to Manchester United by six points, losing just three times all season and remaining unbeaten at home for a third season in succession.

Their fine defensive record included a run of eight consecutive clean sheets over the second half of the campaign, however, a series of draws prevented the club becoming just the fifth in English football history to win three league titles in a row.

Jurgen Klopp’s Liverpool agonisingly missed out on the title by just a single point last season, their record points tally in finishing as runners-up built on the best defence in the Premier League.

The Merseyside club’s defensive strength was centred around the performances of the imperious Virgil van Dijk, the Dutch defender becoming just the third defender of the Premier League era to be named as the PFA Players’ Player of the Year.

Goalkeeper Alisson also impressed during his debut season in English football to win the Premier League’s Golden Glove, though the defensive achievements mattered little as Manchester City pipped the Reds to the title by the finest of margins.

Arsenal hold the record for the least goals conceded in a non-title winning season, their watertight rearguard conceding just 17 league goals throughout the 1998/99 campaign.

The season proved to be a campaign of near misses for the north London side, however, their lack of firepower seeing the club finish as runners-up by just a point to Manchester United, in addition to suffering defeat to the same side in the semi-finals of the FA Cup.

United finished the season as champions despite conceding 20 more goals than Arsene Wenger’s side, their attacking options including the likes of Dwight Yorke and Andy Cole firing the club to an unprecedented treble-winning season.

Read Also – Ranking every member of the Champions League ‘100’ club