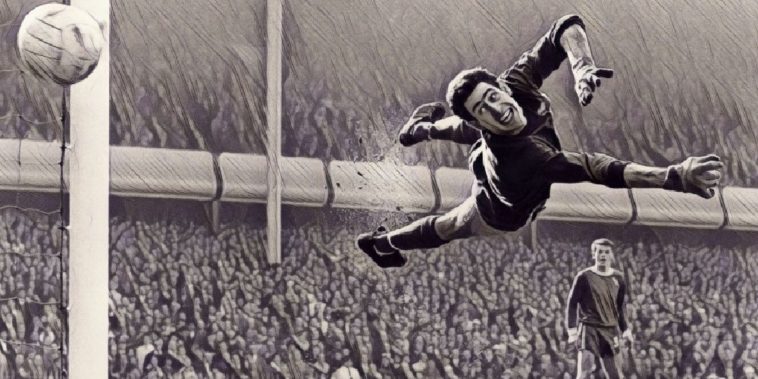 Petr Cech has paid tribute to ‘true gentleman’ Peter Bonetti following the news the former Chelsea goalkeeper has died at the age of 78.

Chelsea announced the news of Bonetti’s passing following what has been described as a ‘long-term illness’, with the tributes flooding in for the Blues’ legend who made 729 appearances for the club – the second most of any player in the west London side’s history.

One of the greatest goalkeepers of his generation, Bonetti held the record for the most clean sheets in Chelsea’s history before being surpassed by Cech in 2014, and the latter has paid tribute to a man affectionately nicknamed ‘The Cat’.

“The one thing that comes to my mind about Peter is that he was a legend as a player but he was a really true gentleman and an unbelievable personality,” Cech told chelseafc.com. “When I arrived at Chelsea, I had the honour to meet him for the first time and it felt like I’d known him for 10 years because he was just such a nice guy.

“He had the record for most clean sheets, second most games in the history of the club and he was a real legend but he stayed humble and a really nice person to be in company with.

“We hadn’t seen him at the Bridge for some time because he was battling his illness but I remember one of the last times, he still stayed positive and he was in great form. He was really dedicated to football.”

Cech has revealed how Bonetti had predicted he would be the man to break his clean sheet record, and praised the former England international’s ‘character’ following a kind message received after surpassing his landmark.

“He actually told me much earlier that he believed I would be the one who surpassed his record and we talked about it a few times over the years,” Cech added. “When I did it, he sent a really nice message of congratulations and that just showed the personality and the great character he was.

“When you see the way he played, he wasn’t the tallest but he made up for the lack of height in his game. He was unbelievably agile and athletic – that’s why they called him ‘the Cat.’

“People forget that he was a world champion as well. He never really mentioned that and not many people talk it but it was still unbelievable to be involved in the 1966 squad that won the World Cup, together with everything he achieved at Chelsea.

“He will be missed by us all.”