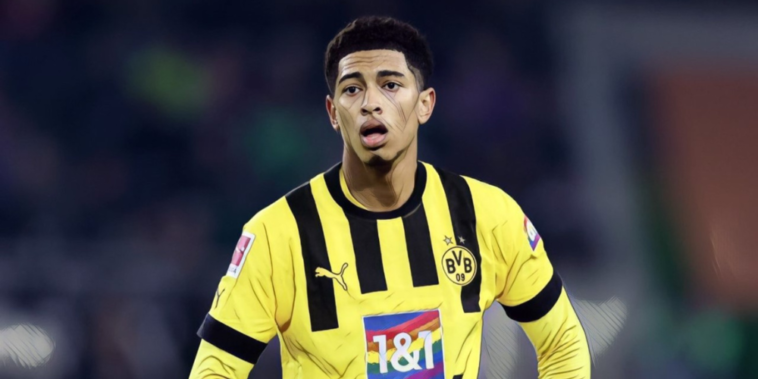 Jude Bellingham is set to hold talks with Borussia Dortmund over his future and will inform the club of his desire to leave this summer.

Bellingham is at the centre of a transfer tussle between Europe’s leading clubs and Dortmund have called a meeting with the midfielder and his representatives to discuss his future.

Dortmund expect the England international to express his desire to leave the club at the end of the season and, according to the report from AS, will seek an offer worth an initial €100m for the teenager. With add-ons, a deal could reach around €140m with Liverpool, Chelsea, Manchester City and Real Madrid all interested.

Dortmund had hoped Bellingham would sign a new deal that included a release clause of €150m, but have now accepted that this summer represents the right time to cash in on the 19-year-old.

The midfielder enhanced his growing reputation with a series of impressive performances for England at the 2022 World Cup in Qatar and is keen to take on the next challenge in his career.

Real Madrid are reportedly leading the race for Bellingham, with Liverpool expected to pose the closest challenge.

The Spaniards have a strong working relationship with Dortmund and have conducted several deals with the Bundesliga side in recent windows. Achraf Hakimi and Reinier are among the promising players that Real Madrid have loaned to Dortmund in past seasons.