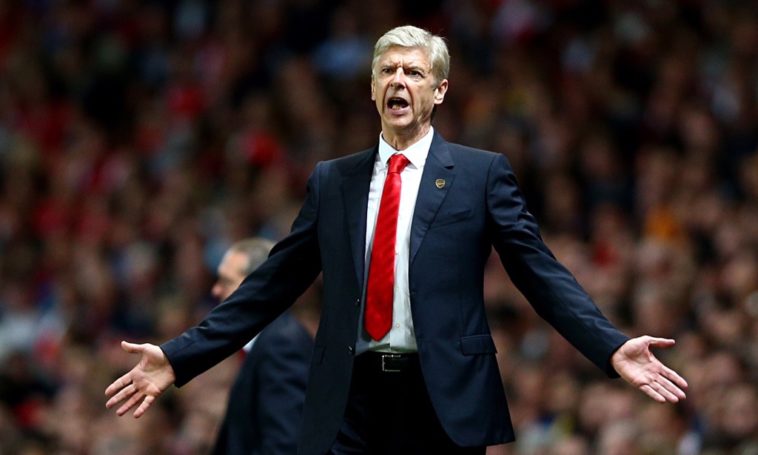 It’s been a very tough few weeks or maybe months for everybody associated with Arsenal Football Club. It may have even been years. But should we be careful what we wish for?

Dissatisfied fans. Underperforming players. A seemingly clueless manager. Arsenal have once again gone from title challengers to top four hopefuls. Two embarassing defeats against European Giants Bayern Munich and a defeat in an important game against Liverpool have only increased their problems.

While they have qualified for the FA Cup Semi Finals and are in with a shout of the top four, it has been a very disappointing season for Arsenal. Just like last couple of seasons, all of this has lead to Arsene Wenger being blamed for absolutely everything.

Just like every other season, the Arsenal fans have been divided into two groups: The Wenger-Ins and the Wenger-Outs. However, this season, the anti-Wenger group has an increasing number of participants in their protests and activities.

Around 200 Arsenal fans marched to the Emirates protesting against the possibility of Wenger signing a new deal ahead of their games against Bayern and Lincoln City. Reports on social media even claim that they have also booked a plane conveying their message that will be flying over the Hawthorns when Arsenal face West Brom next week.

A plane pulling a banner demanding Wenger out! Yes, the same people who mocked Manchester United fans for the same thing when dusing David Moyes’ tenure. 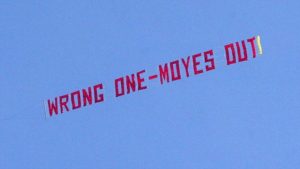 While I agree with the fact that everybody is entitled to an opinion, I believe that flying a plane against a man who has had so much to offer to not just Arsenal Football Club, but to the Premier League, is going too far.

Are Arsenal fans going too far?

While you may say that Arsenal fans being are being ‘ambitious’ and ‘want to win’, it really doesn’t seem acceptable. Arsene Wenger is a man who has given everything to Arsenal. At his best, he gave us ‘The Invincibles’. At his worst, he has consistently given us Champions League qualification.

The fans say ‘they want to be heard’, and Arsene did say last week that he’s seeing everything and that the fans’ opinions will have an impact on his decision about his future.

So now that you are being heard and considered, taking these protests to unacceptable levels seems illogical to me. It’s time to get behind the team and the manager. It’s time to support the team and look forward to a positive end to the season.

The fans say that the club doesn’t listen to them. The fans need to understand that all of their opinions are as fans. The club can’t think as fans. They have to think as a club first and as a fan later. They can’t afford to gamble and let go a manager who has consistently delivered Champions League football.

Consistency is something they will have to find in a new manager. Something that you don’t find in the modern managers. This gamble of letting Wenger go could either work out very well or go horribly wrong.

Look at what has happened to Manchester United since Sir Alex Ferguson’s departure. They still haven’t quite recovered from the loss of a great manager. Four years on, they are onto their third permanent manager and are still outside of the top four.

Now many may give the example of Antonio Conte which has worked out for Chelsea. But let’s be honest, he’s had pretty much the same team that won the title under Jose with just a few additions. All he had to do was to instill back the confidence in the team. Don’t get me wrong, I really do think Conte is an incredible manager, he’s tactically sound and proven as well, when he switched to 3-4-3 and got success. Full credit to him, one of the best in the Premier League at the moment. My only point is that there are much more things to work on with this Arsenal team than just bringing back the lost confidence.

One of the toughest jobs in Europe

If Wenger were to leave, his replacement would know that he has one of the toughest jobs in Europe on his hand. He will need to change a lot of things. Arsene Wenger and his ideologies have been in force for a long time.

All of that change, from the staff, training methods and players could take time.

He will also know that Arsenal fans will be wanting nothing but results immediately.

What Arsenal fans need to understand is that all these ongoing protests against someone as good as Arsene Wenger will make the future manager think twice before accepting the Arsenal job.