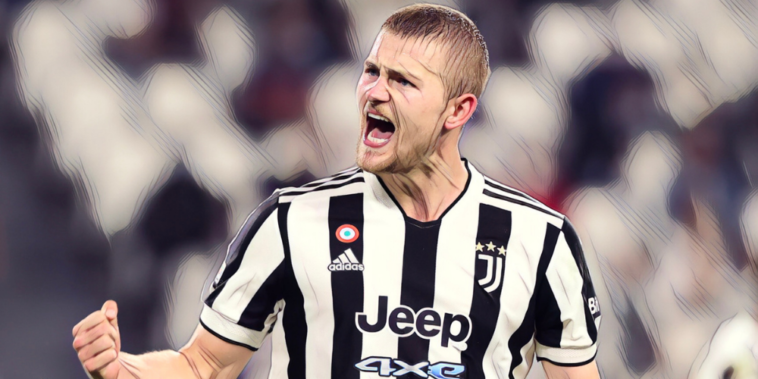 Bayern Munich have agreed a deal to sign Juventus defender Matthijs de Lift for a fee that could reach €80m.

De Ligt had been a transfer target for Chelsea but is now set to sign for the Bundesliga champions, who have agreed a deal worth a guaranteed €70m for the centre-back, with add-ons.

The Guardian are reporting that should the clauses surrounding the add-ons be met, the deal will equal the €80m club-record deal that took Lucas Hernandez to Bayern in 2019.

Chelsea had wanted to sign De Ligt as the west Londoners look to add to their defensive options this summer, though the defender expressed his preference to move to the Allianz Arena.

He will become Bayern’s fourth signing of the summer, following the arrivals of Ryan Gravenberch and Noussair Mazraoui from Ajax, and the signing of Sadio Mane from Liverpool.

Bayern stepped up their pursuit of De Ligt after agreeing the sale of Robert Lewandowski, who is on the verge of completing a €50m move to Barcelona.

De Ligt signed for Juventus from Ajax and made 117 appearances across his three seasons in Turin, where he won the Serie A title during the 2019/20 campaign.