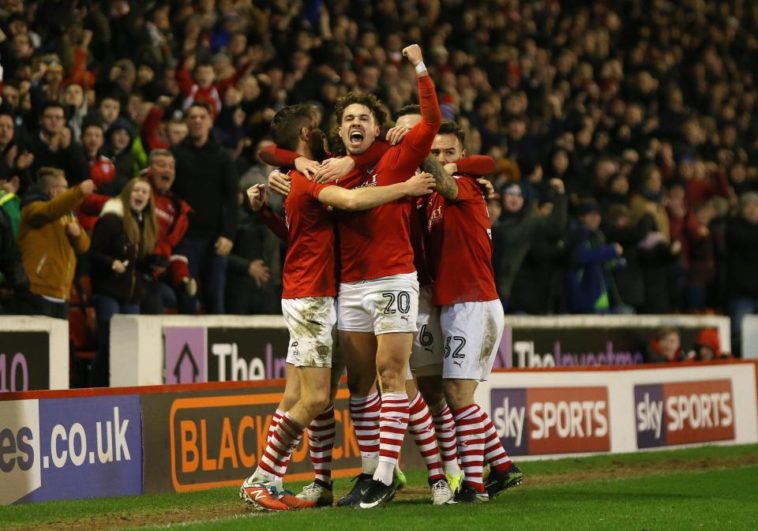 After achieving promotion via the League 1 play-offs last season, Barnsley have had a successful return to the Championship.

Currently in the top-half and at the 50-point mark, the Tykes safety looks all but confirmed for next season. Quietly the Yorkshire club have had a sound season, despite the loss of there key players in Sam Winnall, James Bree and Conor Hourihane.

Before Christmas last season, Barnsley’s status as a League 1 club looked in doubt. The Tykes were hovering around the relegation zone and staring League 2 directly in the face.

However, the Reds led by manager Lee Johnson put in a good run of form to steer themselves clear of danger. Johnson was then approached by his former club Bristol City, an offer which the former City player accepted,

Heckingbottom would go onto to guide the Tykes in winning the Football League Trophy, followed by promotion last May. Due to their fine form in 2016 Heckingbottom was awarded a 12 month-rolling contract as Head Coach of Barnsley.

The club sat 9th place at the end of 2016 leading to a lot of credit being given to the Tykes boss.

Overall Heckingbottom has instrumented a great job at Oakwell, considering the resources at his disposal.

Adaption Despite Loss of Key Players

The January transfer window was not an easy period for Barnsley. Their leading goal scorer Sam Winnall departed Oakwell to sign for Yorkshire rivals Sheffield Wednesday.

In addition to this the club lost influential playmaker Conor Hourihane and promising young full-back James Bree. Both players moved to Aston Villa. However despite losing there key-players the Tykes have adapted well and managed to push on for a top-half finish, which still remains in-sight.

Last summer the club acquired Adam Armstrong on a season long loan from Newcastle United. The 20 year-old striker has scored 5 league goals for the Tykes this season.

Despite not turning over a shed load of goals, Armstrong appears to fit the squad very well, especially partnering forward Tom Bradshaw. While his future at Newcastle is unclear at this point, perhaps the possibility of permanent deal should not be written off.

On Tuesday night Barnsley traveled to West-London to face Queens Park Rangers. A Goal from Idrissa Sylla and an own-goal from Angus MacDonald handed a 2-1 defeat for the Yorkshire club on their travels. However Tom Bradshaw nicked constellation but it wasn’t to be.

Upon this defeat in the Capital, Barnsley have only won one of their last eight league games. However they remain in the top-half of the Championship and sit 11th with 50 points.

It has indeed a very good twelve months for Barnsley FC.

A good right up mate, but dont think arma will leave newcastle this season