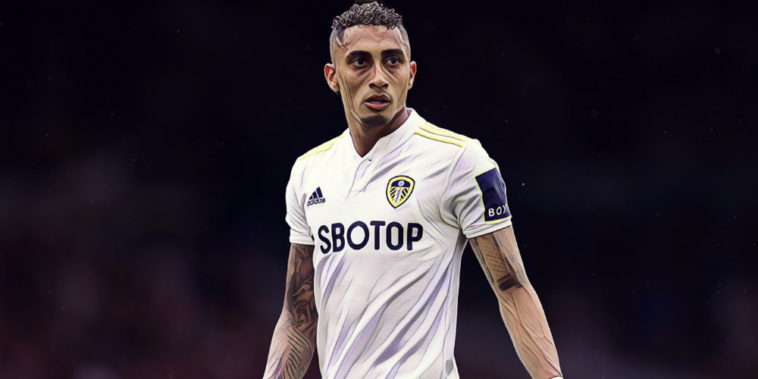 Barcelona are set to beat Chelsea to the signing of Raphinha from Leeds, with the club having tabled an improved bid for the winger.

The Spanish side have increased their offer to meet Leeds’ valuation, having made a bid worth an initial £55m, rising to £63m with add-ons.

Chelsea had agreed a fee with Leeds to sign the 25-year-old, but the Mail are reporting that the west Londoners are set to miss out on his signature with Barcelona having long been Raphinha’s preferred destination.

Barcelona’s financial difficulties had stalled the club’s pursuit of Raphinha, but an injection of cash from selling future TV rights has allowed the Catalans to match Chelsea’s proposal.

The news will come as a blow to Thomas Tuchel, who has seen another transfer target, Ousmane Dembele, agree terms on a new contract to remain at Barcelona.

However, Chelsea are closing in on the £47.5m signing of Raheem Sterling from Manchester City, with the England international having undergone a medical ahead of the move.

Talks are also continuing with Manchester City to bring Nathan Ake back to the club as the Blues look to bring in defensive reinforcements following the exits of Antonio Rudiger and Andreas Christensen.