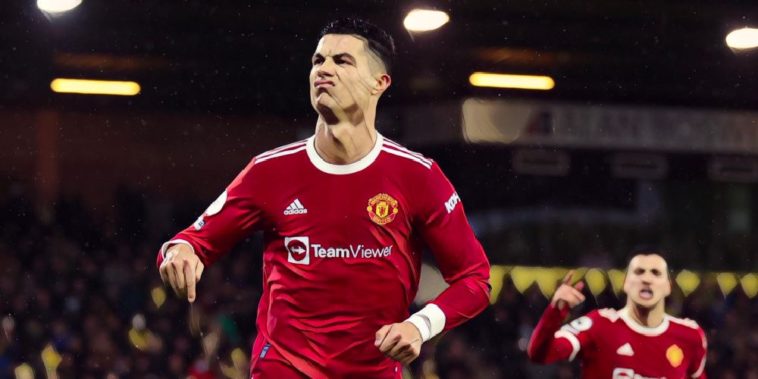 Jorge Mendes has held talks with Barcelona to discuss the the club’s potential interest in clients Cristiano Ronaldo and Bernardo Silva.

Mendes met with Barcelona president Joan Laporta on Monday to discuss a number of his clientele, including Ruben Neves, Rafa Leao, Bernardo Silva, and Cristiano Ronaldo.

Ronaldo has expressed a desire to leave Manchester United this summer after growing frustrated with the team’s lack of progress in the transfer market, while the Red Devils are also without Champions League football after a sixth-place finish last season.

The 37-year-old wants to compete for major trophies during the final seasons of his illustrious career and AS are reporting that the prospect of a shock move to Barcelona has been discussed.

Barcelona are currently pursuing a deal to sign Robert Lewandowski, though could turn to Ronaldo as an alternative – or as a method of negotiation – should Bayern Munich fail to compromise on their terms.

A move to Barcelona would see Ronaldo join an exclusive group of players to have represented both sides of the El Clasico divide, having become Real Madrid’s all-time record goalscorer during a nine-year spell in the Spanish capital.

Barcelona also retain an interest in signing Bernardo Silva from Manchester City, but will find a deal difficult to do. The Premier League champions value the midfielder in the region of €100m, a fee that is out of reach for the Catalan club at present.