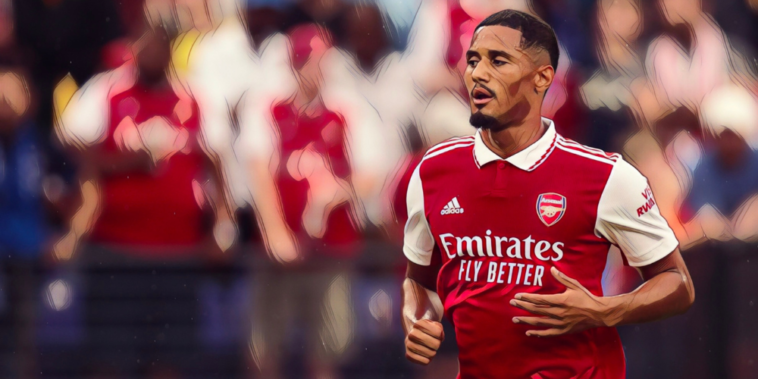 Barcelona are considering a move for Arsenal defender William Saliba as a potential alternative to Jules Kounde.

The Spanish side are pursuing a deal to sign Kounde from Sevilla, though Chelsea have emerged as frontrunners for the 23-year-old after increasing their offer on Wednesday.

Saliba is now under consideration as an alternative, following his development during an impressive season on loan at Marseille.

The 21-year-old was named as Ligue 1 Young Player of the Year after making 52 appearances in all competitions for Marseille, before returning to Arsenal for pre-season this summer.

Barcelona based journalist, Gerard Romero, as per the Mail, is reporting that Saliba leads Barcelona’s list of centre-back alternatives.

Saliba signed for Arsenal in a £27m deal from Saint-Etienne in 2019, but is yet to make a first-team appearance for the Gunners and has spent the past three seasons on various loan spells.

The north Londoners are understood to be preparing a long-term contract offer for Saliba, though the defender will want assurances over his role in Mikel Arteta’s plans before committing to a new deal at the Emirates.