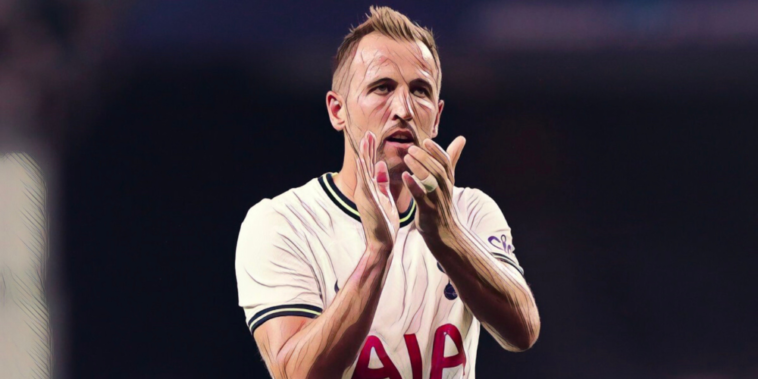 The PFA Player of the Year award ranks as the most prestigious individual accolade in English football, with the award representing the ultimate recognition from a player’s fellow professionals.

Mohamed Salah was named as winner of the award last season, with the Liverpool forward joining an exclusive group of players to have won the accolade twice in the Premier League era.

The division’s biggest names will once again compete for the prize in 2022/23 and we’ve decided to look at how the leading bookmakers like bet365 view the five favourites to win the award.

Cristiano Ronaldo’s future remains uncertain with the forward understood to be unsettled at Manchester United, but the forward is ranked as the fifth favourite to win the PFA Player of the Year award next season.

The 37-year-old scored 24 goals in all competitions following his return to the Premier League last season, continuing to prove his worth as an elite goalscorer in an often dysfunctional team at Old Trafford.

However, Erik ten Hag’s appointment as manager poses a number of questions ahead of the new campaign. Can Ronaldo thrive a team with a clear identity and desire to play on the front foot? Or is the veteran’s advancing age a hinderance to how the new manager wants to set up his side?

Time will tell, should he remain at the club.

Harry Kane is priced at odds of 10/1 to be named as the PFA Player of the Year, with the Tottenham captain looking to become the sixth player to have won both the Young Player (2014/15) and senior accolades in the Premier League era.

Kane missed out on the accolade despite winning both the Premier League Golden Boot and Premier League Playmaker of the Season awards in 2020/21, but could be among the frontrunners with another prolific campaign around goal.

Thanks to everyone for the support in Seoul this week. It has been amazing. A pre-season I won’t forget 🇰🇷💪 pic.twitter.com/XWgKNW0pzG

After a slow start to last season, the England captain scored 16 goals and provided eight assists in 28 appearances following Antonio Conte’s arrival as manager in November.

Just 18 goals short of Jimmy Greaves’ all-time record for Spurs, he will be chasing that landmark and a record-equalling fourth Premier League Golden Boot in 2022/23.

Kevin De Bruyne is one of three players – alongside Cristiano Ronaldo and Mohamed Salah – who could win a record third PFA Player of the Year award in 2022/23.

The Belgium midfielder won back-to-back accolades in 2020 and 2021 and is 8/1 third-favourite to be crowned the Premier League’s finest footballer again next season.

De Bruyne’s first coronation as PFA Player of the Year came after a record-equalling 20 assists during the 2019/10 season, while last term saw the 31-year-old score a career-best 15 league goals for the Premier League champions.

With the arrival of Erling Haaland to both take the chances created by De Bruyne and occupy defenders, the Belgian could wreak havoc for Pep Guardiola’s side.

Mohamed Salah will be looking to become just the third player to win consecutive PFA Player of the Year awards, with only Cristiano Ronaldo and De Bruyne having ever previously achieved the feat.

Salah was named as the Premier League’s best player last season after topping the division for both goals and assists, providing 36 direct goal involvements in just 35 league appearances.

The Egyptian’s 23 league goals saw him win the Premier League’s Golden Boot for a third time, with only Thierry Henry (4) having ever won more.

The Egyptian King doubling our lead in Singapore ⚽#LFCPreSeason pic.twitter.com/MMR2sR0D3l

Salah will be central to Liverpool’s hopes of improving on last season’s runners-up finish and success in the title race could aid his chance of further individual accolades.

Erling Haaland is the headline arrival of the summer transfer window, having joined Manchester City in a £51.2m deal from Borussia Dortmund.

Excitement is understandably high following the signing of a forward who has scored 115 goals in 116 games across spells at Red Bull Salzburg and Dortmund, in addition to breaking multiple goal records in the Champions League.

A potential continuation of that goalscoring rate for the Premier League champions will put fear into rival sides this season, while it bodes well for the Norwegian goal-getter when it comes to winning individual honours.