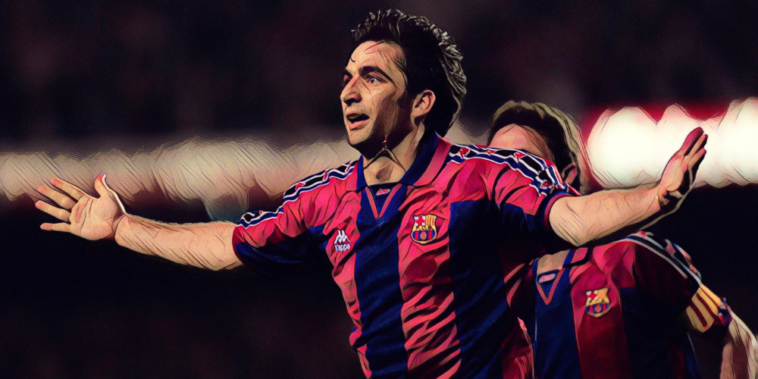 March 12, 1997 – a date when two of Spanish football’s biggest clubs played out an all-time classic as Barcelona completed an incredible comeback to down Atletico Madrid at the Camp Nou.

Barcelona had been favourites to progress after a 2-2 draw in the first leg, but the capital club visitors raced out of the traps in Catalonia as Milinko Pantić’s hat-trick established a 3-0 lead and seemingly secured their place in the next round.

Bobby Robson’s side faced an almost impossible task as they headed into the interval three goals down, only to surmount a sensational fightback in the second half.

Robson’s uber-attacking side containing names such as Luis Figo, Hristo Stoichkov, Luis Enrique and Ronaldo Nazario poured forward in search of goals, leading to one of the craziest scorelines in Copa del Rey history.

Ronaldo netted twice to reduce the arrears – part of 47 goals the great Brazilian scored that season – before Pantic’s fourth of the evening put Atletico back in control.

Figo and Ronaldo’s hat-trick goal made it 4-4 on the night, setting the stage for Juan Antonio Pizzi’s dramatic winner to seal a 5-4 win and Barcelona’s progress.

The Catalans reached the final and defeated Real Betis in the showpiece, as part of a Copa del Rey, Spanish Super Cup and UEFA Cup Winners’ Cup treble.

Watch the action from Barcelona’s 5-4 win over Atletico in 1997.