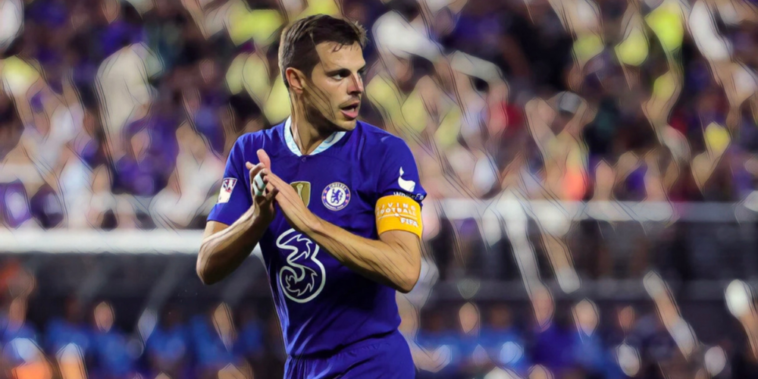 Cesar Azpilicueta is ‘likely to stay at Chelsea’ this summer with owner Todd Boehly reluctant to sanction the defender’s move to Barcelona.

Azpilicueta is keen to leave Chelsea after a decade in west London and the 32-year-old is a transfer target for Barcelona, who remain hopeful of agreeing a deal for the Blues’ captain.

Xavi is keen to add Azpilicueta’s experience to his new-look squad at the Camp Nou and the full-back has expressed a desire to return to his native Spain.

However, the Times are reporting that Boehly is reluctant to sanction the sale of Azpilicueta and wants to keep the defender at Stamford Bridge for the final season of his contract.

Azpilicueta has made 476 appearances for Chelsea since signing for Marseille in 2012 and the club are reluctant to lose his leadership during a transitional period.

The defender is understood to be ‘optimistic’ that a deal can still be agreed if Chelsea can bring in reinforcements before the transfer deadline, though the two teams remain a distance apart in valuation.

Barcelona have offered a fee of around £3m for the Spain international, a figure that falls short of Chelsea’s valuation in the region of £10m.

Read – Assessing the survival hopes of the three promoted teams