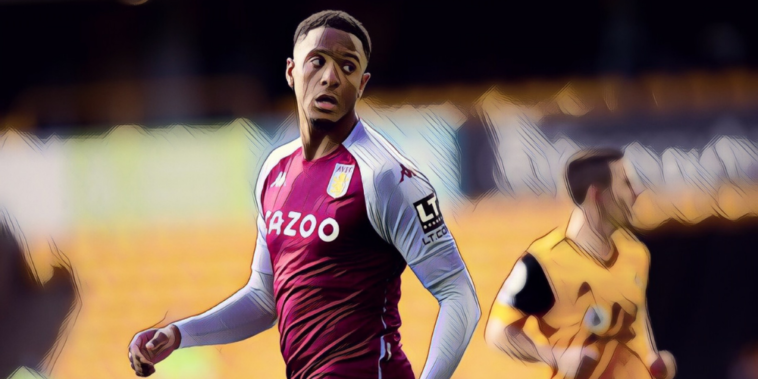 Konsa is understood to have attracted interest from the Premier League rivals following an impressive season at the heart of the Villa defence, forming a strong partnership alongside Tyrone Mings with his performances having sparked talk of an England call-up.

Villa have made notable improvement this season and their success has been built on a solid defence, with only league leaders Manchester City having conceded less goals and kept more clean sheets so far this season.

Some of the Premier League’s leading sides are currently assessing their centre-back options ahead of the summer and Konsa has emerged as a potential target, though Smith admits he is relaxed about the speculation and has praised the 23-year-old for his consistency this season.

“I will joke with him about it,” Smith told his pre-match press conference.

“He’s excelling in his position; he’s been one of our best players this season, very consistent and reliable.”

Smith also provided an update on the fitness of Matty Cash with the defender expected to miss the next few weeks with a hamstring injury, the full-back out of this weekend’s clash with Champions League chasing Leicester.

The Villa boss admits the loss of the 23-year-old will be a ‘miss’ to his side following an impressive season since signing from Nottingham Forest, but is confident he has the players to fill ‘the void’ as the Midlands outfit continue their push for Europe.

“He will be a miss, on the whole he has been a very good acquisition for us.

“We certainly feel that we are capable of filling the void.”