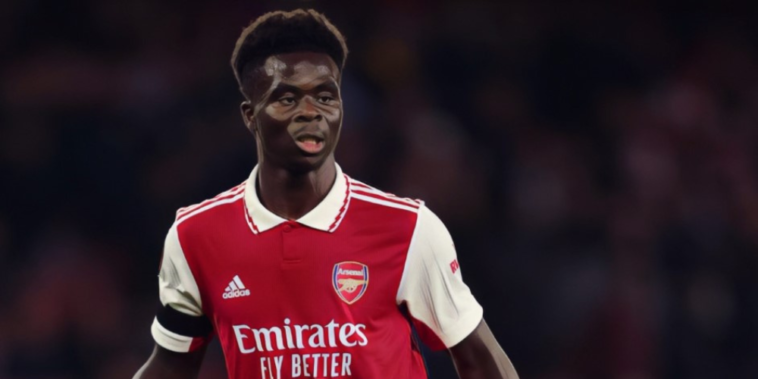 Mikel Arteta insists he is unconcerned by a potential burnout for Bukayo Saka and believes the Arsenal winger is capable of coping with a congested fixture list.

Saka has been an almost ever-present for Arsenal so far this season, with the 21-year-old having featured in all 14 fixtures across all competitions.

The England international was named in the starting XI for the Europa League win over PSV Eindhoven on Thursday evening, as the Gunners secured their place in the knockout stages.

Speaking at his post-match press conference, Arteta dismissed suggestions that Saka needed a rest and believes the winger is capable of handling the demands of the Gunners’ schedule.

“Look at the top players in the world, they play 70 matches, every three days and make the difference and win the game,” he said. “If you want to be at the top you have to be able to do that and if we start to put something different in the mind of our young players, I think we are making a huge mistake, because it’s one yes, one no.

“Now I don’t play now in astroturf and I don’t play. I don’t want that. I want them to be ruthless, every three days, they’re going to be knocking at my door I want to play and I want to win the game. There is not a fitness coach in the world that’s going to tell me that they cannot do it, because I’ve seen it 72 games and score 50 goals, the players that score 50 goals, can’t play 38 games in a season, it’s impossible.”

Saka was substituted late on against PSV after picking up a knock, but Arteta said that he expects the winger to be fit for this weekend’s trip to Southampton.

“Yeah, he got a kick, he was limping a bit but hopefully, he will be fine.”