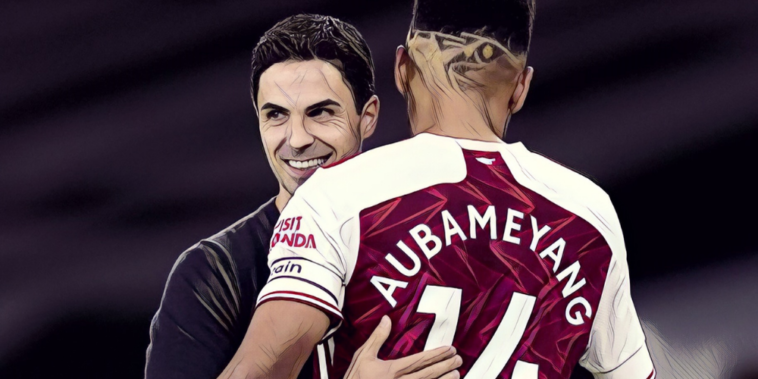 Mikel Arteta has provided a fitness update on his side ahead of Arsenal’s Europa League semi-final first leg with Villarreal.

Arsenal host the Spanish side in the first leg of their last four encounter tomorrow evening, as the north Londoners seek to progress to a second Europa League final in just three seasons.

Arteta’s options have been boosted by the returns of several senior stars to training, with the Spaniard revealing Pierre-Emerick Aubameyang, Alexandre Lacazette and Kieran Tierney are all in contention to feature at the Emirates.

Tierney’s return appears to be some way ahead of schedule after fears the full-back would miss the remainder of the season after sustaining a knee injury in the 3-0 defeat to Liverpool earlier this month.

Aubameyang is continuing his recovery after being hospitalised with malaria, whilst the in-form Lacazette limped off during the draw with Fulham on April 18 with a hamstring problem.

Arteta was asked if the trio were a risk given their recent fitness issues and insisted he would not field any player not capable of performing, though reiterated that his returning stars are players capable of making a ‘difference’.

“We do need them, because we know that we have some players that are in contention and they are the ones who can make the difference in a big tie like this,” he added.

“But the word risk, I don’t like to put players on the pitch if they can’t perform and they can’t feel secure that they can perform.

“If it’s a risk or we’re going to take a gamble, then I don’t think it’s the right thing to do.”