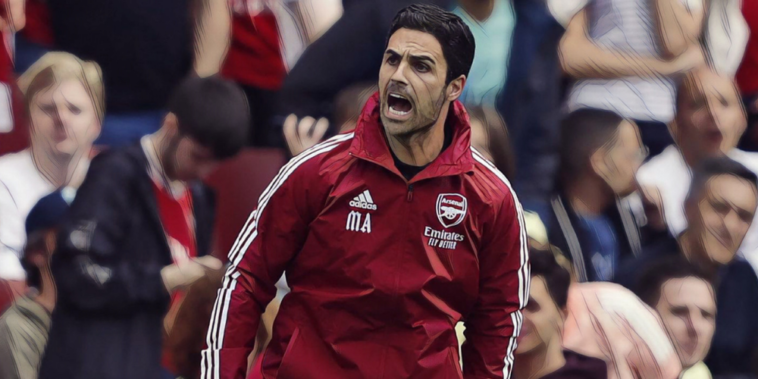 Mikel Arteta has opened up on the difficulties of the transfer market as Arsenal look for ‘balance’ ahead of the closure of the summer window.

Arsenal have invested in their squad with the headline £50m signing of Ben White from Brighton, whilst deals were also secured for youngsters Albert Sambi Lokonga and Nuno Tavares earlier in the summer.

The north London side have so far been frustrated in their attempts to sign a creative midfielder and goalkeeper however, with Arteta admitting the current transfer market is the most ‘difficult’ of the last few years.

“It’s been really busy – that tells you how much we had to do in our position at the start of the window,” Arteta told his pre-match press conference ahead of Arsenal’s Premier League opener at Brentford tomorrow.

“We are talking about the most difficult transfer market over the last years for sure and we are trying to adapt. The club, the owners and myself all have the same interest which is to make this team much stronger and we know we still have things to do to get what we want.

“Things take time. There are all the time different parties involved to get deals done but we are trying. It’s important to make sure that the squad is healthy and we have stability which we missed last year.”

Arteta was asked if finances were restricted given the financial impact of the ongoing pandemic, insisting that all clubs were currently feeling the squeeze.

He did, however, insist that the club’s owners were committed to improving the side, but warned the Gunners must find a balance between striving for success and maintaining a strong financial situation.

“It is [difficult] for every club,” he said “We have ownership willing to invest in the team and get the team better with big names and we are trying to be careful and find the balance because we need to be in a good financial situation.”

White’s arrival from Brighton was a significant show of faith in the manager from the ownership, spending £50m to prise the defender from the Seagulls this summer.

The 23-year-old’s impressive performances last term saw him included in England’s Euro 2020 squad and Arteta is ‘excited’ about the impact the centre-back can have at the Emirates.

“Very excited – he’s a player we have looked at for a long time and fitted the profile of what we wanted and he’s settled in really well.”