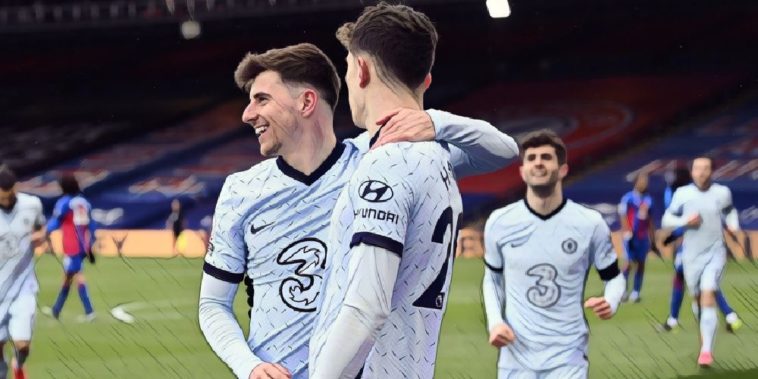 It’s difficult to pick fault in a side that stormed to European glory last term, yet one area of concern was in front of goal, the Blues ending the season with Tammy Abraham and Timo Werner as joint-top scorers with just 12 goals apiece in all competitions.

While they already boast an impressive forward line, the underwhelming debut campaign for Werner, in particular, has forced Thomas Tuchel into the transfer market, with Inter Milan striker Romelu Lukaku looking all but set to return to Stamford Bridge in the coming days.

That bold, albeit expensive £97.5m addition looks to be the final piece in the jigsaw for Tuchel’s side, with rumours also suggesting that Sevilla defender Jules Kounde could be brought in to bolster the defence, strengthening an already scarily strong squad that looks well placed to challenge Manchester City for the title this season.

That being said, while the squad depth may be immense, it also looks somewhat bloated, the club struggling to shift the ‘deadwood’ so far this summer, with players such as Ross Barkley, Michy Batshuayi and Davide Zappacosta yet to find a home elsewhere.

The Blues did get their season off to the best possible start on Wednesday evening, however, adding the UEFA Super Cup to last season’s Champions League triumph with victory over Villarreal in Belfast, substitute Kepa Arrizabalaga proving the hero after Gerard Moreno’s late strike had taken the tie to penalties.

One slightly sour note on the night though was the early withdrawal of playmaker Hakim Ziyech, the Moroccan international forced off due to a shoulder injury after having given Tuchel’s men the lead inside the first-half.

Chelsea have until 12pm on Friday to register Lukaku’s signature in time for the weekend fixture, while Tuchel will be no doubt hoping to give more minutes to players who were involved in both the Euro’s and Copa America and have only just returned to training.

It’s been all change at Selhurst Park this summer, the club seeing veteran manager Roy Hodgson depart with former Arsenal midfielder Patrick Vieira taking his place, as well as moving on a host of last year’s first team members, notably Gary Cahill, Scott Dann, Patrick Van Aanholt and Andros Townsend – all of whom saw their contracts expire over the summer.

With the ageing legs gone, the new boss has acted quickly to freshen up his squad with a smattering of exciting young talent coming through the door, the Eagles hoping to kick on from what’s been a stable yet somewhat uninspiring last few seasons.

The club’s major moves have seen Reading midfielder Michael Olise make the switch, as well as Lyon defender Joachim Andersen, who caught the eye last season on-loan at Fulham and was rumoured to be on the radar of Tottenham Hotspur this summer.

Add to that the signing of highly-rated Chelsea duo Marc Guehi and Conor Gallagher – the latter of whom is on a season-long loan – and the future appears bright for Vieira’s side this term, particularly with talisman Wilfried Zaha looking likely to remain at the club for another season.

The Ivorian international showcased his importance to the side as he netted twice in Palace’s final pre-season encounter away to newly-promoted Watford, the visitors running out 3-1 winners with a late Christian Benteke strike capping a fine afternoon’s work.

It will likely be a similar starting XI this weekend, handing new signing Guehi the chance to make his competitive debut against his former side, although fellow Blues man Gallagher is ineligible to face his parent club.

Palace will be hoping to fare better than they did in the last meeting between the two clubs, with Chelsea enjoying a first-half blitz to sweep aside Roy Hodgson’s men.

The Blues had suffered a shock 5-2 home defeat to West Brom the week before, yet made light work of putting that behind them against the Eagles, racing into a two goal lead inside ten minutes courtesy of goals from Kai Havertz and Christian Pulisic.

That lead was extended on 30 minutes as Kurt Zouma powered his header home, with former Liverpool man Christian Benteke sparking the slightest of hopes of a comeback by pulling one back midway through the second-half.

Unfortunately for the home side, however, that strike proved – as expected – to be a mere consolation, with Pulisic tapping in his second and Chelsea’s fourth with 12 minutes to play to seal a deserved win.