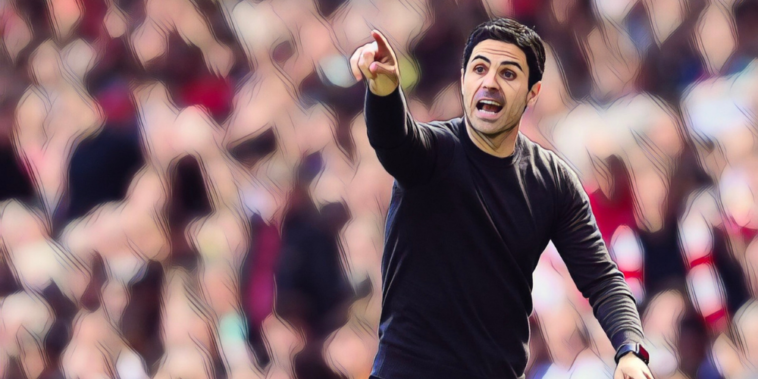 Mikel Arteta insists securing Champions League football is all the motivation Arsenal need ahead of a huge North London derby against Tottenham on Thursday night.

Arsenal travel to face their fierce rivals with Champions League qualification on the line and a win for the Gunners will assure their place in the competition for the first time since 2016/17.

Spurs are fifth, four points behind Arsenal, and need a win to remain in the race for a top four finish, setting the scene for a massive clash between the two capital rivals.

Arteta was asked whether the North London derby provides added motivation for his side, but insisted achieving their objective of securing Champions League football is all the incentive his team needs.

“No the message is clear. If we win we are in the Champions League next season. They don’t need more motivation than that. The opportunity is there,” Arteta told his pre-match press conference.

“We will go to play and we will go for it as we always do. It’s how we’ve got into this position so it’s how we will approach it.”

The Spaniard did discuss whether Thursday’s clash was the most exciting of his reign so far, admitting the prospect of realising the season’s objectives has set the stage for a big game.

“It is the most exciting one probably,” he added. “We have had other games against Chelsea in the FA Cup and Liverpool in the Community Shield. When you have the opportunity to achieve your objectives in the season, you can’t wait to play the game.”

Arsenal will be without Kieran Tierney and Thomas Partey for the clash, whilst Arteta confirmed that Ben White and Bukayo Saka will be assessed ahead of the trip to the Tottenham Hotspur Stadium.

“Ben is a doubt. We’ll have to assess him he’s feeling much better and Bukayo is the same,” he said.

“It is very difficult to rate injuries, we just have to assess them today and try to get their feelings.”