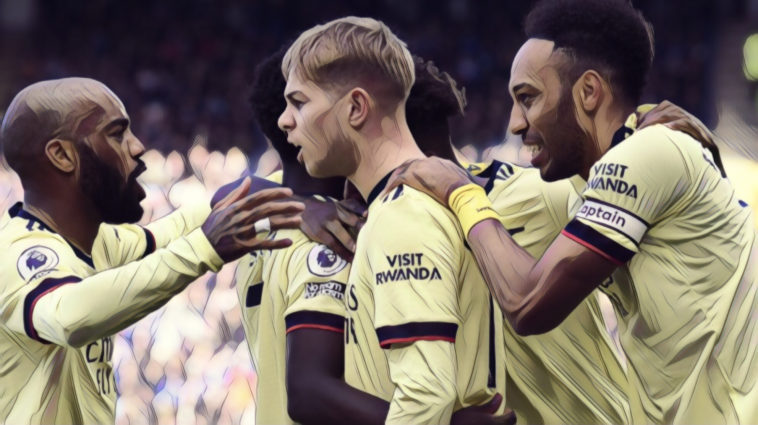 Today’s encounter was billed as a match-up between two sides looking to break into the Champions League spots and it was certainly Mikel Arteta’s Gunners who started with the most intent. That intent would be rewarded in just the fifth minute when centre-back Gabriel rose highest to glance home a brilliant header from a Bukayo Saka corner.

In the 18th minute, the Gunners would find themselves two up, young midfielder Emile Smith-Rowe arriving late into the area to steer an expert finish into the bottom right-hand corner.

Leicester thought they had equalised just before the break only to see Aaron Ramsdale sensationally claw James Maddison’s goal-bound free-kick away from the top corner before the young Englishman brilliantly denied Jonny Evans from the rebound.

Buoyed on by the home support Leicester huffed and puffed throughout the second period and the impressive Ramsdale would have to deny Ademola Lookman with a smart stop, but ultimately the Gunners held strong to secure the points and move up to fifth in the table.

Speaking afterwards Arsenal boss Mikel Arteta was delighted with the character and composure his side showed.

”There were spaces we didn’t control too well today but I really liked the character and composure of the team to realise that is happening and change the dynamics as well.”

Arsenal had been written off by many after losing their opening three fixtures but Arteta seemed to suggest that the experience has made his team stronger.

“Those games are part of our season and part of who we are as a team. We should not forget that. All the time we must have the mentality to improve.”