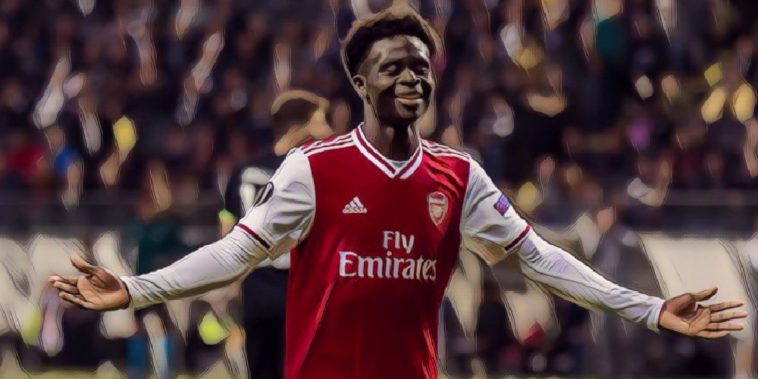 Mikel Arteta is confident that Bukayo Saka will end speculation surrounding his Arsenal future by signing a new contract with the club ‘very shortly’.

The teenager has been a huge positive in an otherwise disappointing season for the north London side, breaking through into the first-team and establishing himself as one of the brightest prospects in the Premier League.

Saka’s current contract is set to expire next summer and the youngster is reportedly attracting interest from several clubs, his performances having seen the academy graduate linked with international recognition following three goals and nine assists in all competitions.

Arteta says he remains confident the future of Saka will be sorted in the near future, however, insisting he is ‘very positive’ that a new deal for the star will soon be finalised.

“I am very positive that everything is going to be done with Bukayo very shortly,” said Arteta at his pre-match press conference ahead of Arsenal‘s trip to Southampton tonight.

“The communications between the club, agents and the family has been going on for months and is very fluent.

“The player and the family knows how much trust I have in him. I think he is showing that every week and his consistency level is getting better and better.

“I am so excited with the young players that we have. They just need the right environment around them to explode and Bukayo is doing that even in difficult circumstances, which is even more merit for him.”