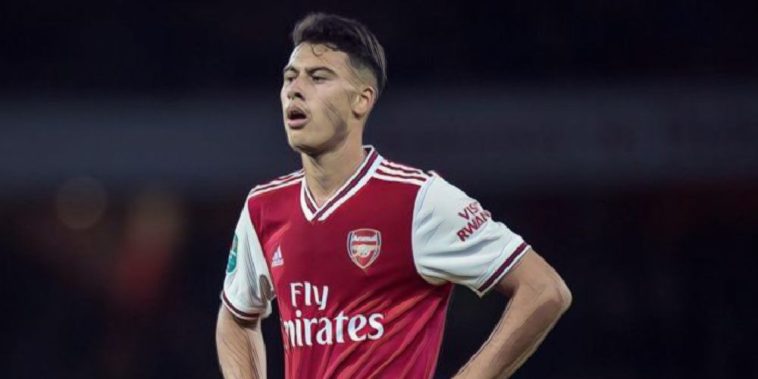 Arsenal have suffered an injury blow with the news that Gabriel Martinelli is set to miss the remainder of the season after sustaining a knee injury that could leave the forward sidelined for ‘months’.

The Brazilian teenager has been one of the major positives of an otherwise disappointing campaign for the north London side this season, scoring 10 goals in all competitions since his unheralded arrival last summer.

Arsenal manager Mikel Arteta has now confirmed the club’s fears that the 19-year-old will be out of action for some time, admitting the problem is ‘not looking good at all’ with the initial diagnosis expected to be months.

“In training he got hit by another player and damaged his knee,” Arteta said at his pre-match press conference.

“The doctor is assessing the extent of the injury, but it’s not looking good at all. We don’t know, but it’s looking like months.”

There is, however, more positive news with the club confirming new deals for several out-of-contract players. Defensive trio David Luiz, Cedric Soares and Pablo Mari have all agreed terms to remain with the Gunners beyond the end of the season, whilst Dani Ceballos has also extended his loan deal from Real Madrid until the end of the current campaign.

• Dani Ceballos loan extended until the end of the season pic.twitter.com/4OiPp00iEh

Speaking to the club’s official website, Technical Director, Edu, spoke of his delight to see the players sign new deals as Arteta bids to build a squad capable of challenging next season: “I am really happy that we will have these players in our squad for the future. They have been part of the long-term technical plan Mikel and I have developed. They bring the right balance to our squad.

“David is a really important player for us. He has played most of our matches this season and has been important for the team. His passing, his communication with the team on and off the pitch. He helps everyone.

“With Pablo we’re all disappointed he got injured at Manchester City. Since Mikel arrived here he was asking for a central defender who was left-footed. We were really pleased with Pablo – his behaviour, the way he is training, his mentality and his quality. Unfortunately, he has that injury but of course we are really happy to keep him for the future.

“Cedric is also going to be an important player. He has been unlucky with the injuries but he is close to being ready and gives us more strength in the right-back position. We’re also pleased Dani will finish the season here. He is making a good contribution and we look forward to him having a strong finish to the season.”