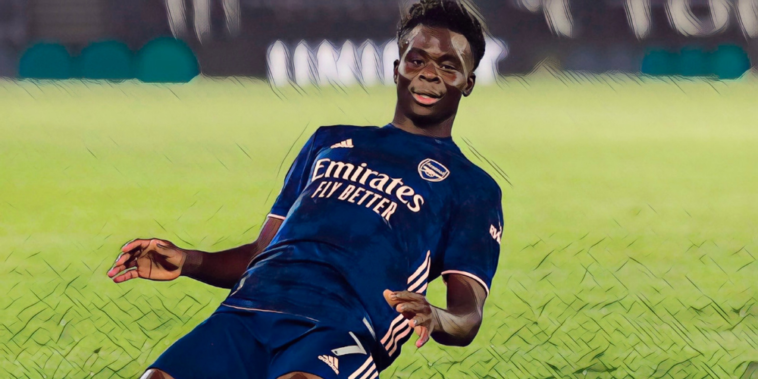 Mikel Arteta has explained why Bukayo Saka is not ‘usual for his age’ following the teenager’s latest impressive display in Arsenal’s 3-1 win at Southampton.

Saka scored one and assisted another as Arsenal’s recent resurgence continued at St Mary’s, the north London side securing a fifth win in six league fixtures to move within three points of the Premier League’s top six.

The 19-year-old has starred during the Gunners’ upturn in form and his goal was his fifth in the league of the campaign, more than every other teenager combined across the division so far this season.

Arteta has lavished praise on the academy graduate following his latest star showing and admits Saka is a unique talent amongst his age group, hailing the teenager’s decision-making and confidence to demand possession.

“He’s really humble, really respectful and at the same time has that character to demand the ball, to make decisions that are not very usual for his age,” Arteta told his post match press conference.

”We need that leadership and he’s gaining that with his attitude and his performances.

“He’s all the time asking to train more to improve in areas that he can do better. That was certainly one, producing the final bit in the box to score or assist. He’s doing that much more often.

“If he’s able to do that with the intelligence that he has, with the work rate that he shows on the pitch and with the capacity that he has to understand the game in different positions, then he becomes a really different player.”