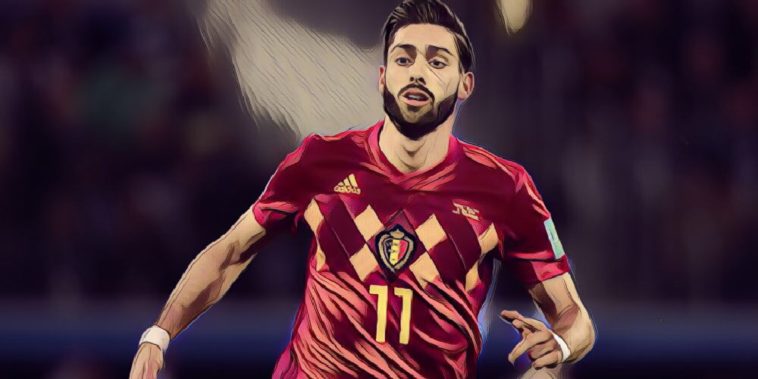 Yannick Carrasco has revealed he has ‘an offer on the table’ amid reports linking the Belgian international with a move to Arsenal.

The Dalian Yifang star is seeking a return to European football after just 18 months in China, with Arsenal believed to keen on a deal for the 25-year-old.

The former Atletico Madrid winger has now fuelled speculation he is set for a summer move, revealing he has had an offer from an unnamed club.

“There is now an offer on the table and the negotiations with my agent are progressing well,” Carrasco told Nieuwsblad.

“I am the most important player in the club, but I hope the chairman understands me.”

Carrasco has revealed his family found difficulty in adapting to life in China, with 31-cap international ready to relocate back to Europe.

“From a family point of view, I would rather play in Europe and stay closer to my family. The adjustment for my family was also difficult over there.

“I have become a lot more mature and have learned a lot. Also on the field, where I had to take my responsibility and the team had to bear. But my wish now is to return.”